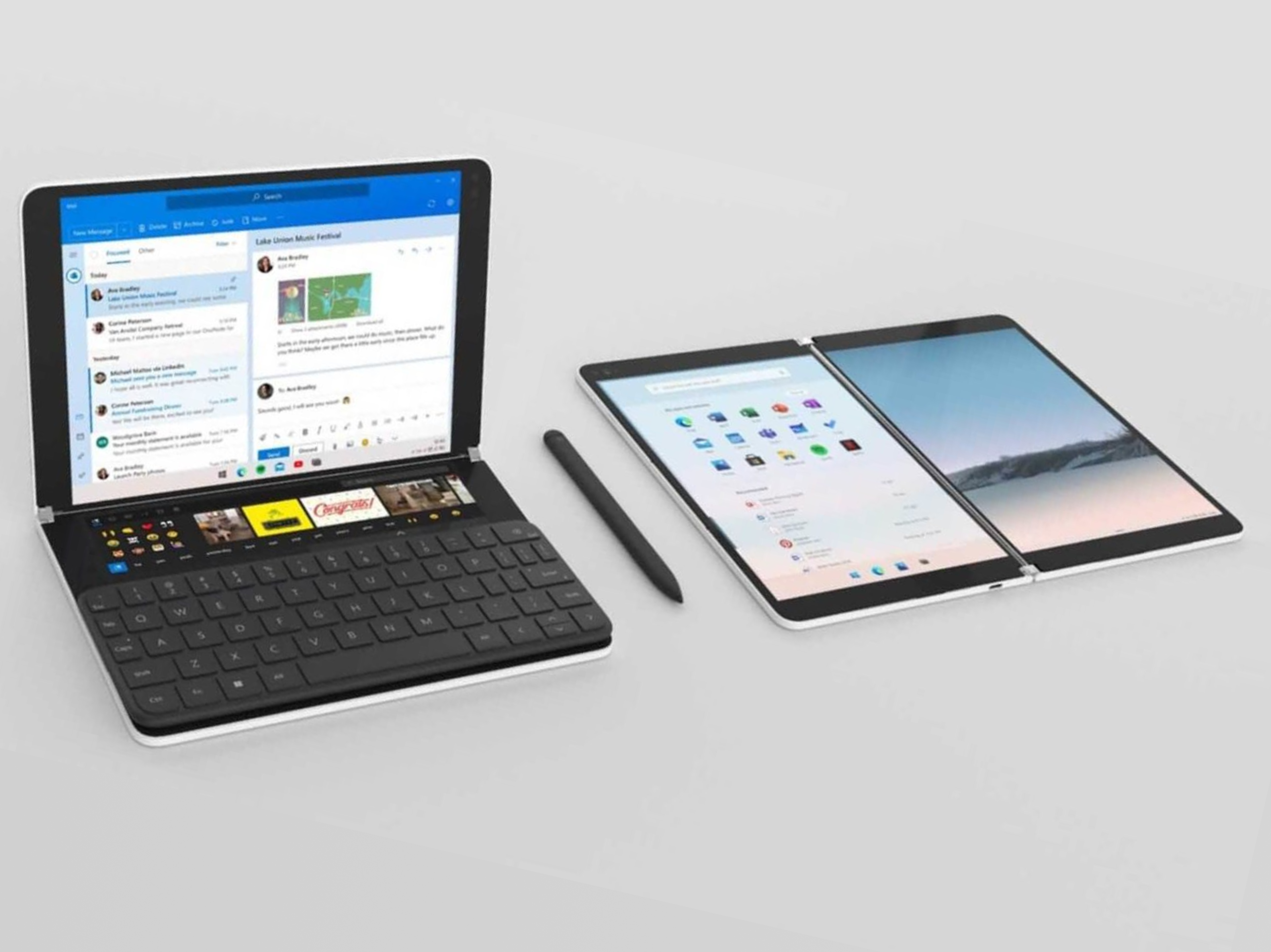 We get a look inside of Microsoft’s delayed Surface Neo

In fall 2019, Microsoft had its most impressive events in its history. They not only unveiled the Surface Laptop 3 in a 15″ model with AMD and Intel processors, the SQ1 powered, Surface Pro X with LTE built in, Surface Earbuds and the aforementioned dual screen Surface Neo powered by Windows 10X. During the event Microsoft said that Windows 10X was for dual screen devices but after the event reports suggested that the device would see life on single display devices like laptops, 2in1’s and tablets.

Before the device could be shipped, COVID-19 arrived and through the world sideways economically which caused Microsoft to delay Surface Neo and Windows 10X. While Microsoft’s Panos Panay gave some hope that we would see Windows 10X eventually, no timeline was given for when we might see Surface Neo. Panos went on to say that Windows 10X would be refocused for single-screen PC’s like low cost laptops and 2in1’s. Even the product listing for Surface Neo was pulled from Microsoft’s website and pulled the Surface Neo teaser’s from its Surface YouTube channel.

A new video of a Surface Neo prototype has appeared online. The prototype shows an almost complete Surface Neo but without its displays. It clearly looks like a finished design and had COVID-19 economic slowdown not happened we may be writing about Surface Neo 2 coming just over the horizon.

Even though the video says the device is cancelled, Microsoft themselves have given no indication that the device has been cancelled. But Microsoft never does announce a cancellation, so silence is perhaps the clearest form of communication and confirmation that it could be cancelled.

If the device is not cancelled it is likely to receive many changes that were not necessarily needed in 2020. As we mentioned above, when Surface Neo was unveiled, Surface Pro X and Microsoft’s SQ1 was also announced. Now in early 2021 we are eagerly awaiting the 3rd-generation Surface Pro X and its SQ3 which is likely based on the most powerful Qualcomm 8cx Gen3. While 5G may have not been needed in 2020 and the U.S. 5G infrastructure was still not mature enough to warrant 5G on the Surface Neo at least at the time. But in 2021, 5G from the three big U.S. carriers has matured more and now reaches an even larger amount of Americans. Windows 10X will also shipped with more polish when it finally ships on Surface Neo.

Windows 10X reportedly began life on the Surface Duo but those plans was scrapped before release to instead be powered by Android. According to ZDNet, Microsoft’s new strategy reflects “the new world where virtualization and single-screen devices are more of a priority than brand-new form factors.”

ZDNet goes on to say that their contacts say “Chief Product Officer Panos Panay informed some of his team internally today, April 8, that Microsoft wouldn’t be delivering its own Surface Neo dual-screen 10X devices this calendar year. In addition, Microsoft also won’t be enabling third-party dual-screen Windows devices to ship with 10X in calendar 2020.”