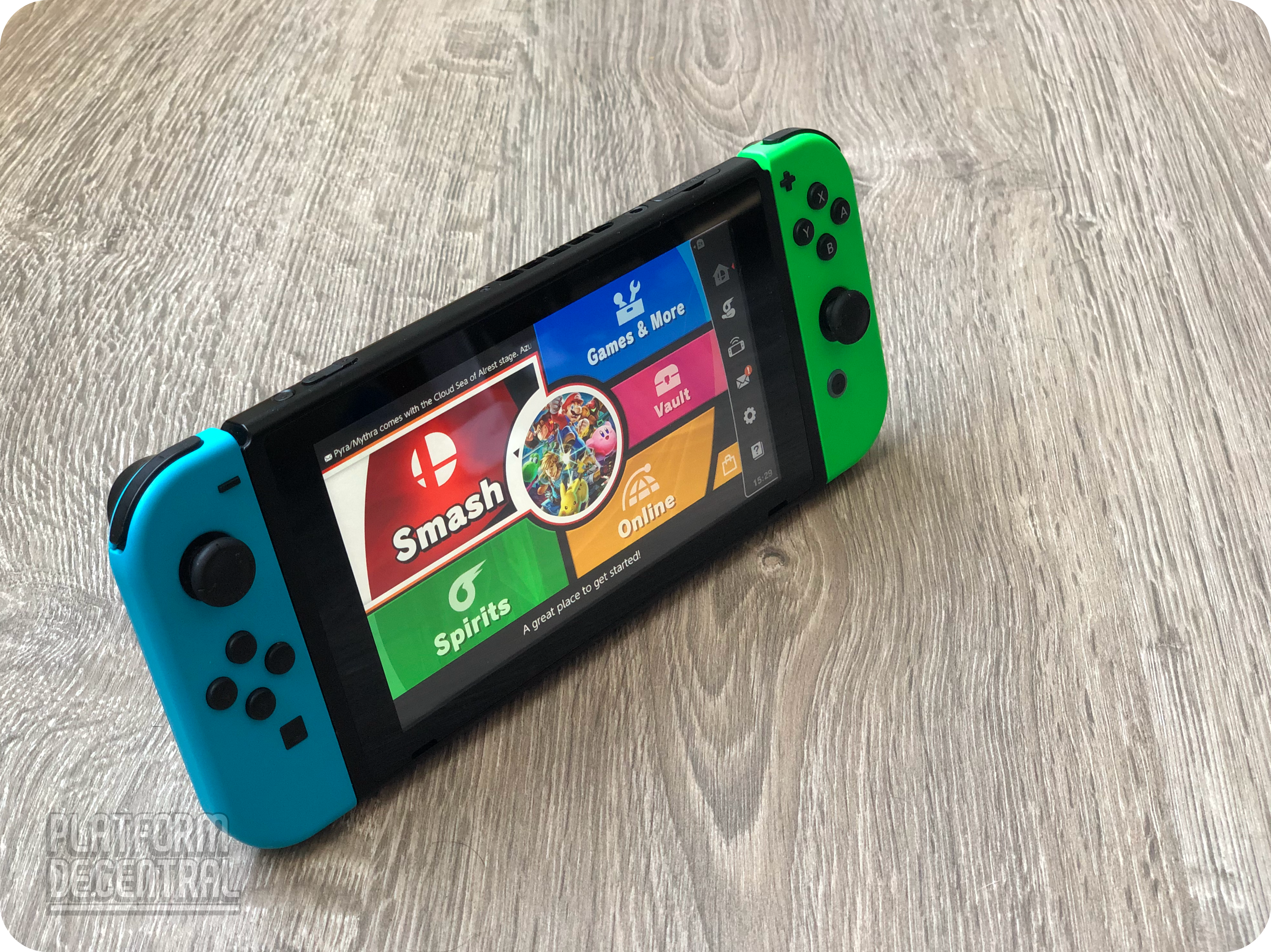 Nintendo’s game selection swings from cute and kid friendly Mario games to violent adult game like Doom Eternal, making its appeal wide ranging. There is a noticeable absence of Movie and TV apps with only Hulu being available in Nintnedo’s eShop to serve entertainment duties. Apps like Netflix and Disney+ would be welcome additions to the Switch. Some games that really standout on the Switch are Mario Kart 8 Deluxe, Super Mario Smash Bros. Ultimate, Mario Odyssey & Fortnite.

The tablet, Joy-Con controllers and TV dock make the Switch the most unique gaming console on the market. Perhaps what comes to mind when people think about the Nintendo Switch is versatility. Plug it into your TV and use it like a traditional console or pull it out of its dock and you have a gaming tablet. Going even further, once out of its dock, you can also detach the Joy-Con controllers and play games on a tabletop for solo or multiplayer sessions. The Switch also comes with one controller meant to accept two Joy-Cons to become a more traditional controller akin to an Xbox Wireless Controller. This is a positive for ergonomics though, the Joy-cons are small and cramped for large hands. There is a distinct fan noise from the tablet when holding it in your hands and is kind of loud compared to a laptop’s fan. The TV Dock is a simple USB-C dock with a USB-C port for power, HDMI port and two USB ports.

The Switch’s display is a 720p display and the Switch can output 1080p to a TV. The next Nintendo Switch is said to have a 7-inch 1080p OLED display with the Switch able to output 4K to a 4K capable TV. The OLED display will help the next Switch save power. It will reportedly retain the same chassis design which will retain existing Joy-Con compatibility. Based on the current Switch, it won’t take much to make the next Switch a winner.