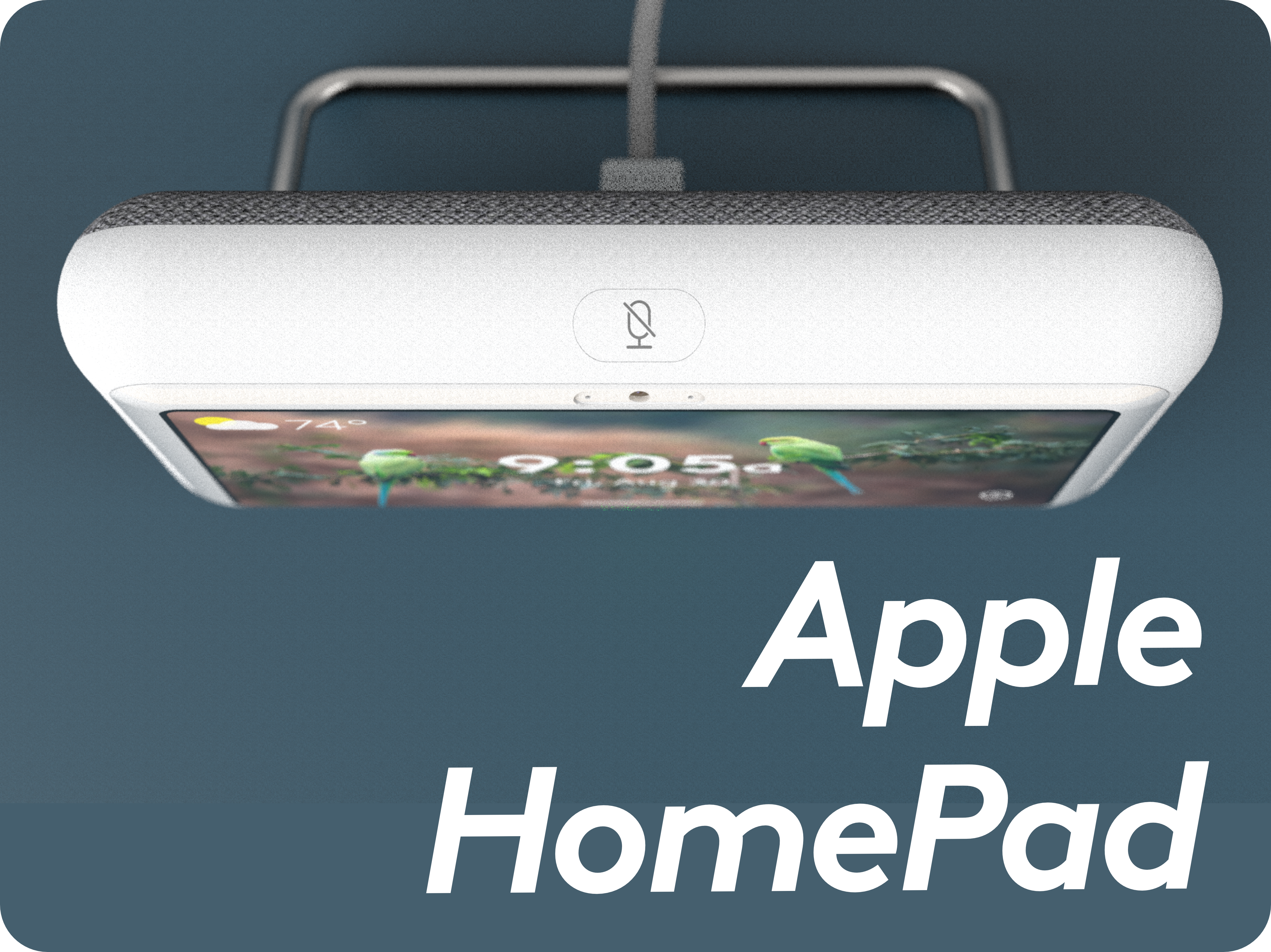 Apple’s HomePod line of smart speakers has gone from the original expensive HomePod and the cheap HomePod mini to just the HomePod mini in a matter of months. But now a new report from Bloomberg mentions that Apple has “been developing new speakers with screens and cameras.”

While not all experimental devices Apple develops makes it into public hands, there is strong market evidence that a smart display would be more successful than just a smart speaker. Both Amazon and Google have expanded their lines of smart speakers to include various sizes of smart displays while Facebook chose to focus on smart displays completing with its Portal line of devices.

Google’s Nest Hub line of smart displays expands the smarts of smart speakers to entertainments as well. From cooking shows, to movies and TV. With the camera on the Nest Hub Max, video chat expands the usefulness of the device.

Amazon’s Echo Show lineup is the most mature line of smart displays with the Echo Show 10 in its 3rd generation of design, now featuring a follow mode that follows you around a room, so that no matter where you are in a room you can see the display (watching content) and the camera can see you (for video calls).

Facebook perhaps has one of the more interesting line of devices. The Portal TV is a device that turns your TV into a smart display, the Portal and Portal Mini are designed to look like picture frames and the Portal+ with its large rotatable display and follow functions makes for the most diverse and innovative form factors on the market. If not for Facebook’s lack of privacy protections, the company’s devices could catch on in a much bigger way, but like Google, when you give all your data to a company that also has a major advertising business, things can get messy quick and they have.

Smart home users have long stuck iPad’s up on their walls to perform smart home functions from thermostat adjusting, lighting customization to viewing cameras, with a Apple developing a ‘HomePad’ smart display, Apple will finally give smart home users what they always wanted. What form factor should be first though? Should Apple release a free standing smart display with a camera, a Portal TV like Apple TV device that turns your TV into a smart home hub, a large follow you display like Portal+, or a wall mountable smart display with temperature sensing tech?

That is perhaps why Mark Gurman of Bloomberg s said that Apple had been developing “new speakers with screens and cameras.” The report even details how there is an un-activated temperature/humidity sensor in the HomePod mini, that only needs to be switched on via a software update. If for instance a user had multiple HomePod mini speakers in their house, they could get a read on their home’s coldest or warmest rooms. But perhaps the real reason why their is a sensor on board is to monitor the device’s temperature, so that it can throttle certain heat generating functions when the device gets too hot. This sensor’s functions for room temp sensing would not be accessible to the user because it would be tasked for protecting the device from overheating. Although the mockup above is not the final ‘HomePad’ design we can imagine such a device or a family of device like HomePad mini, HomePad and HomePad Max.

Would you be interested in a ‘HomePad’ smart display? Let us know in the comments below.