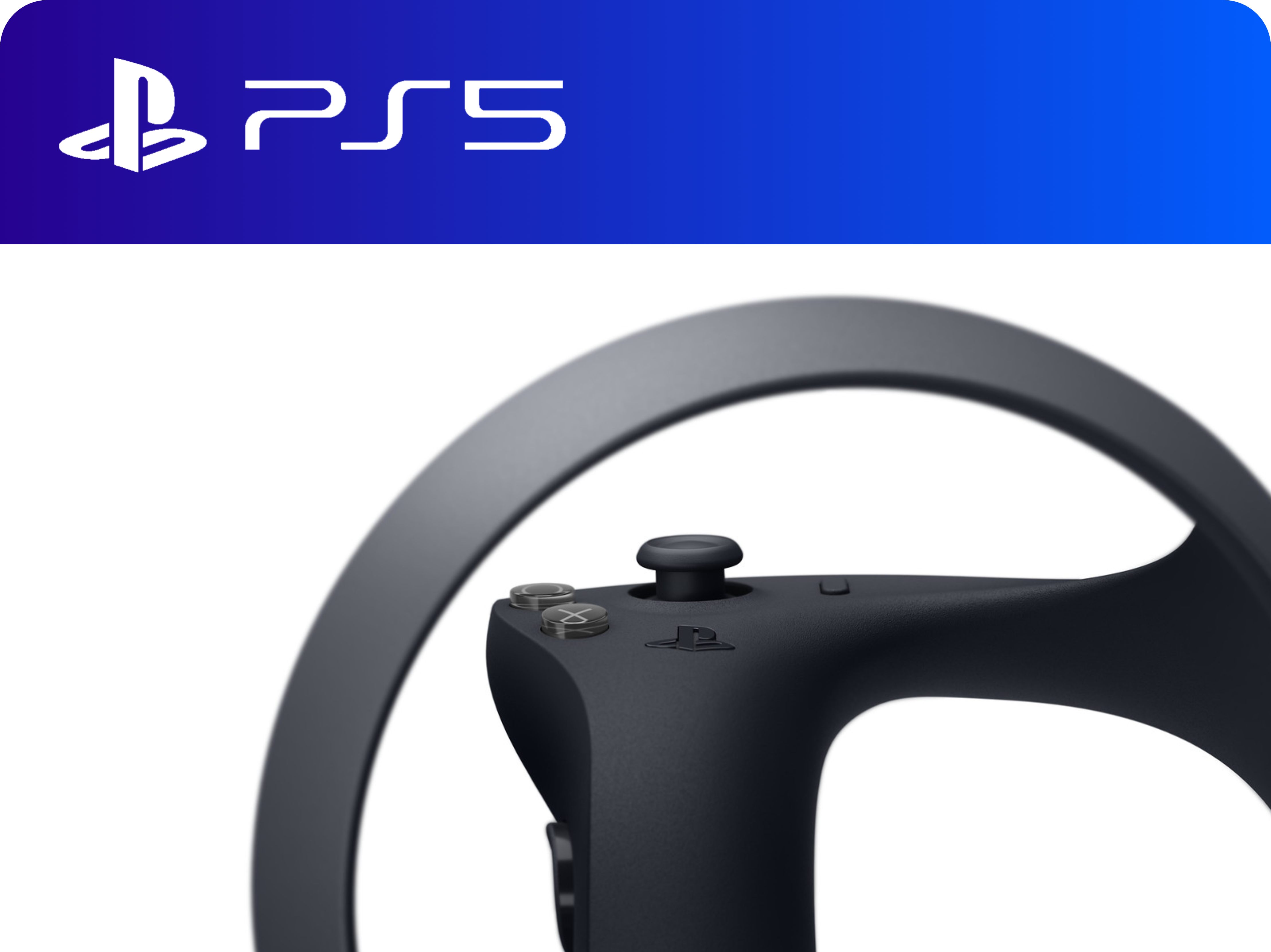 Sony is showing off a brand new accessory missing from the launch of the PlayStation 5 nearly six months after the console’s launch. This follows Sony’s showcase of its next-generation VR experience for PS5 back in February.

We’re taking what we’ve learned since launching PS VR on PS4 to develop a next-gen VR system that enhances everything from resolution and field of view to tracking and input. It will connect to PS5 with a single cord to simplify setup and improve ease-of-use, while enabling a high-fidelity visual experience.

He went on to tease some of the advancements for their new VR controller well before any imagery was unveiled, “One of the innovations we’re excited about is our new VR controller, which will incorporate some of the key features found in the DualSense wireless controller, along with a focus on great ergonomics. That’s just one of the examples of future-proof technology we’re developing to match our vision for a whole new generation of VR games and experiences.”

Sony has now unveiled the new VR controller for PlayStation 5 which Sony’s says builds “upon the innovation we introduced with the DualSense wireless controller, which changed how games “feel” on PS5 by unlocking a new way to tap into the sense of touch. Now we’re bringing that innovation to VR gaming.”

The Design of the Next-Gen VR controller

The first thing you’ll notice with our next-gen VR controller is the unique design, which takes on an “orb” shape that allows you to hold the controller naturally, while playing with a high degree of freedom. There are no constraints with how you’re moving your hands, providing developers with the ability to create unique gameplay experiences.

We also designed the new controller with great ergonomics in mind, so it’s well-balanced and comfortable to hold in each of your hands. We applied learnings from testing users with a range of hand sizes, as well as the decades of insights from controllers across all PlayStation platforms. The result is an iconic design that will change how VR games are played.

The new VR controller enables players to feel and interact with games in a much more visceral way. There are several features, including key features from the DualSense controller, which match our vision for what next-generation VR games can be.

●      Adaptive triggers: Each VR controller (Left and Right) includes an adaptive trigger button that adds palpable tension when pressed, similar to what’s found in the DualSense controller. If you’ve played a PS5 game, you’ll be familiar with the tension in the L2 or R2 buttons when you press them, such as when you’re drawing your bow to fire an arrow. When you take that kind of mechanic and apply it to VR, the experience is amplified to the next level.

●       Haptic feedback: The new controller will have haptic feedback optimized for its form factor, making every sensation in the game world more impactful, textured and nuanced. When you’re traversing through rocky desert or trading blows in melee combat, you’ll feel the difference, magnifying the extraordinary visual and audio experience that’s so central to VR.

●       Finger touch detection: The controller can detect your fingers without any pressing in the areas where you place your thumb, index, or middle fingers. This enables you to make more natural gestures with your hands during gameplay.

●       Tracking: The VR controller is tracked by the new VR headset through a tracking ring across the bottom of the controller.