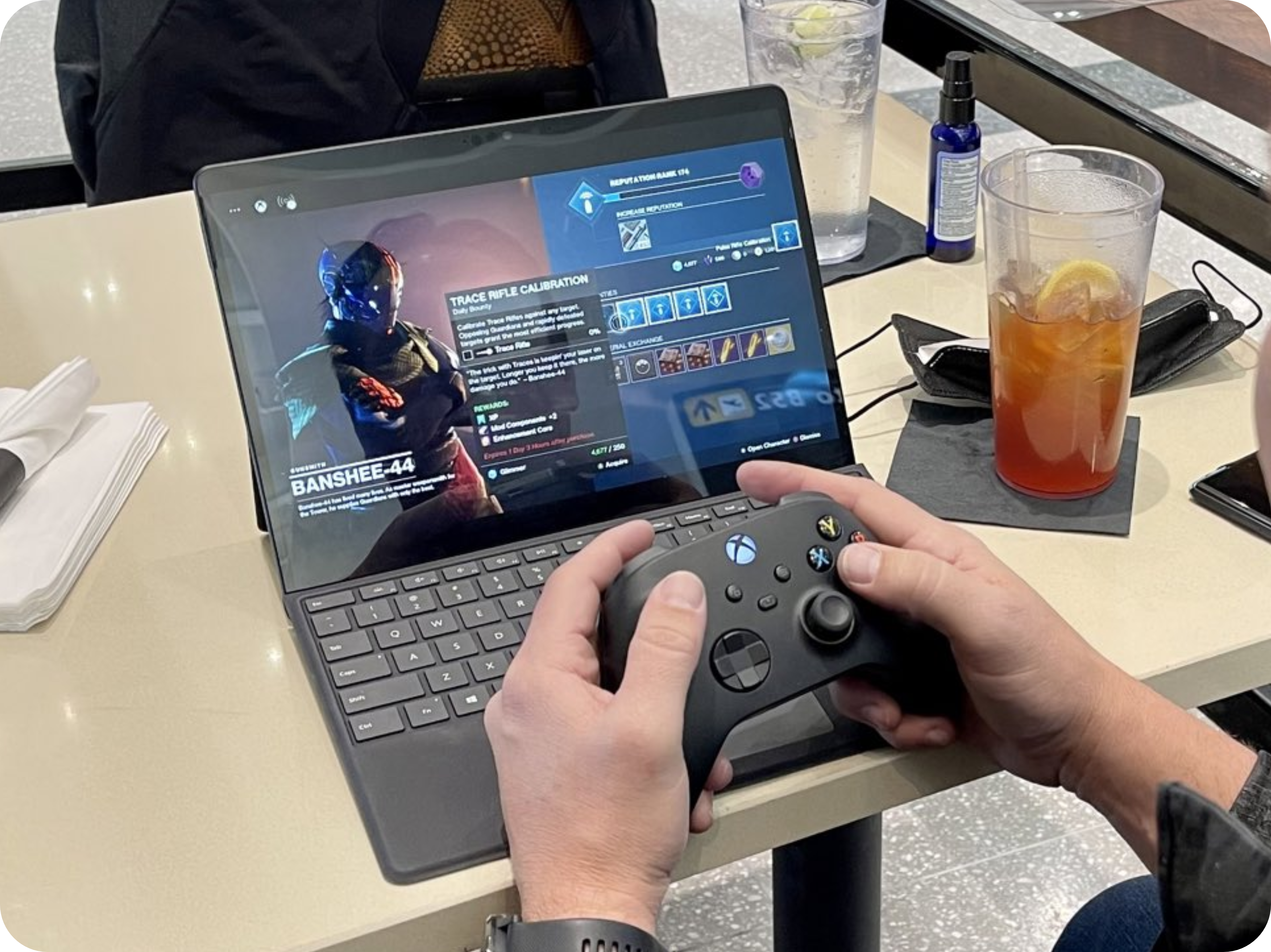 Microsoft has been internally testing the ‘Xbox Game Streaming’ app on Windows 10 for nearly a year now. We recently published How to install the xCloud app on Surface Pro X or any other PC and have reviewed both the Xbox Remote Play and the xCloud parts of the app. After a long wait, it would seem that the wait is almost over, because there is a “What’s new for gaming,” event reportedly scheduled for March 23rd.

Following a recent trip to Bethesda’s headquarters in Maryland, Aaron Greenberg, Xbox Marketing Executive posted a number of tweets that featured Phil Spencer. The most interesting one is one with Phil Spencer playing Destiny 2 on his black Surface Pro X with his Xbox Series X controller.

With the Xbox event incoming and our reporting on both the Windows 10 and Web version of Xbox Game Streaming being tested it would seem that these two apps will soon make their debut “officially” at the event. Currently, using the xCloud cloud gaming feature is restricted to just Android. The web version is being specifically developed to address iOS, since Apple will not let cloud gaming apps in their app store. The web version will also address other operating systems like Linux with the Windows 10 UWP app making gaming on Windows 10 PCs like Phil Spencer’s Surface Pro X a first-class experience. Once these two apps are released Xbox Game Pass Ultimate’s xCloud feature will be available to every type of device that at least has a web browser and be on par with Google’s struggling Stadia and Amazon’s Luna cloud gaming service.