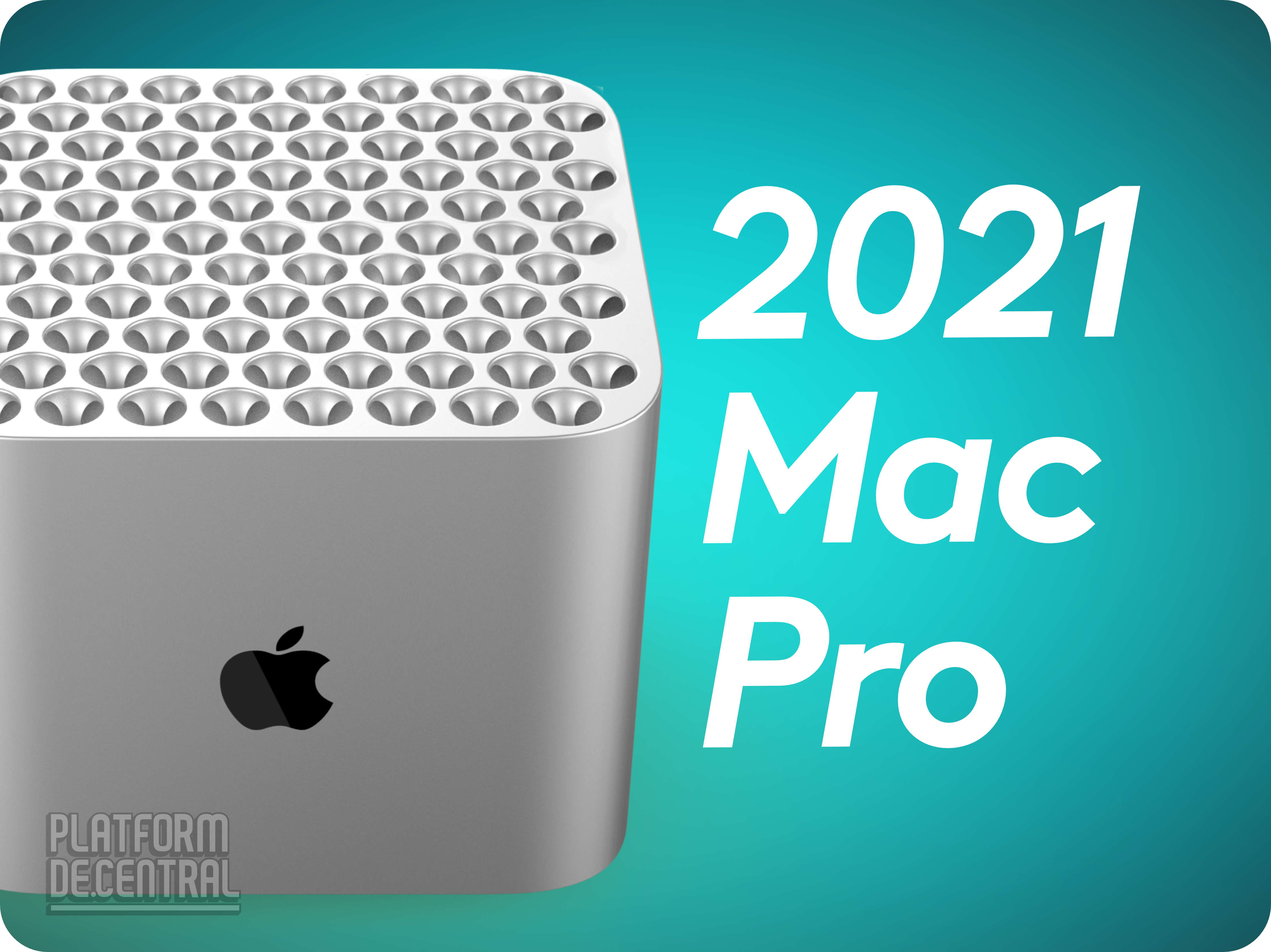 Apple is set to totally revamp their entire Mac lineup with Apple Silicon chips and fresh new designs. Notable Apple leaker Jon Prosser said that the new design of Apple’s most potent Mac will look like “three to four Mac minis stacked on top of each other.” Putting that together with what we previously reported, with the Mac Pro-like design elements, i.e. the venting, we get a new Mac Pro like the one in this report.

Jon Prosser went on to say that the Mac Pro will feature a logic board “on the bottom” of the chassis with a “big heat sink on top.” We previously reported on additional Apple Silicon chips coming to Macs later this year and next.

Bloomberg’s reporting says “Apple is working on designs with as many as 16 power cores and four efficiency cores. That configuration is most likely for the iMac and Mac Pro models, whereas the 8-12 high performance core enabled model we previously reported on would likely be for the next-gen 16-inch MacBook Pro. The first of the three Apple Silicon chips will be a 12-core processor with a unique mix of eight high performance cores called “Firestorm” cores and four energy efficient core called “Icestorm” cores. There is a clear Fire & Ice reference here that also relates to the cores that will be hotter and cooler. Apple is said to already be working Apple Silicon with more than 12 cores with the company designing second-generation processors for Macs based on the future unannounced M1X/M2 chip.