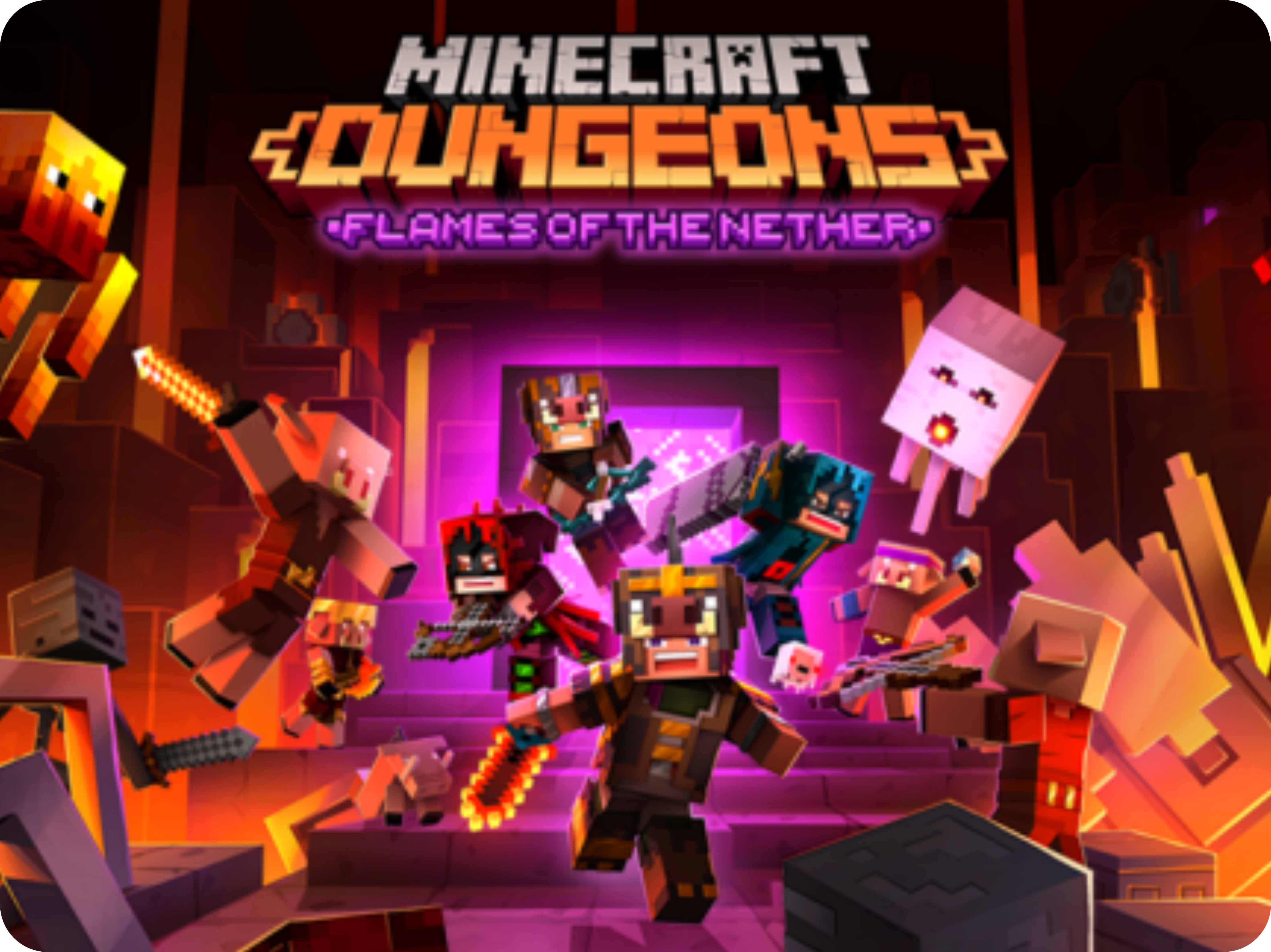 Minecraft Dungeons next big DLC is Flames of the Nether

Microsoft’s Mojang has been hard at work spinning out DLC after DLC for Minecraft Dungeons and now the latest DLC is ‘Flames of the Nether.’

Flames of the Nether DLC

The DLC will take you on a journey to the blazing heart of the Nether itself. Six new missions await you – featuring familiar biomes as you’ve never seen them before! Those who survive the adventure will collect new artifacts, weapons, and gear! I personally can’t wait to play these new missions. I just need to work up the guts to face the fiery wrath of the Nether’s most dangerous mobs. Very casual. Nothing worse than a Sunday brunch with the gals. On a less terrifying note, the DLC also includes two new skins and the adorable Baby Ghast pet! How can something so cute and precious grow up into something so bone-chillingly scary?

But we don’t just have the paid DLC coming out, we also have what might be the most ambitious free update in Minecraft Dungeons history! This update includes a major new feature called Ancient Hunts, which are procedurally-generated end-game missions that weave in and out of the Nether. Surviving these Ancient Hunts and beating the Ancient mobs within is the only way to get top-tier Gilded gear! There’s also a chance to get Gold, a new currency that a newly-arrived Piglin merchant in your camp will find very interesting! We’ll have more details about these new features as we get closer to release, so keep an eye on Minecraft.net for more information!

Wow, we made it to the end of the post. Hah! You thought. There’s still one more part of the free update that I’ll be announcing now (please imagine the sound of a drumroll) – the free update also includes some changes to Apocalypse Plus, which will be talking more about within the next few days!

The free update and the Flames of the Nether DLC are both available on February 24!

Minecraft Dungeons next big DLC is Flames of the Nether