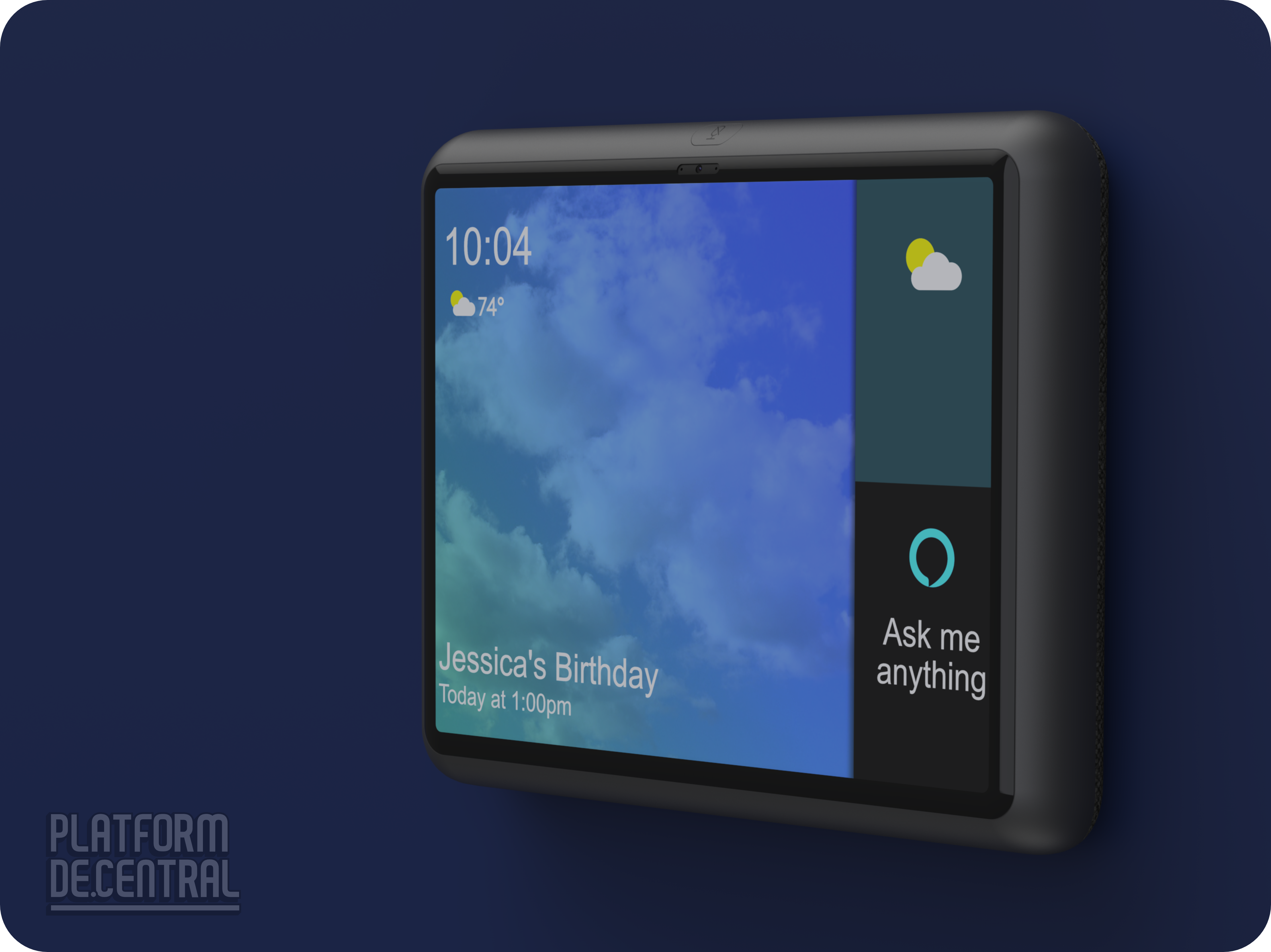 Amazon may be readying a larger Echo Show device that users mount to their walls and may call it “Smart Home Command Center,” according to a report from Bloomberg.

This new Echo Show device would serve as the “smart home control panel, video chat device and media player,” according to people familiar with the plans. The device is being designed at Lab126, where all of Amazon’s hardware start as sketches on paper.

The device would include microphones, speakers and a camera for use with Alexa and video conferencing calls. The device is meant to compete with Apple’s iPad that are often hung on walls inside of frames for use as a smart home controller.

Amazon is reportedly considering many variations with screens ranging from 10-13 inches. The company plans to launch the device either this year or next year. As with all wall mounted things, the device will likely need a battery on board or have a hanging power cable. According to Bloomberg the device could retail for $200-$250.