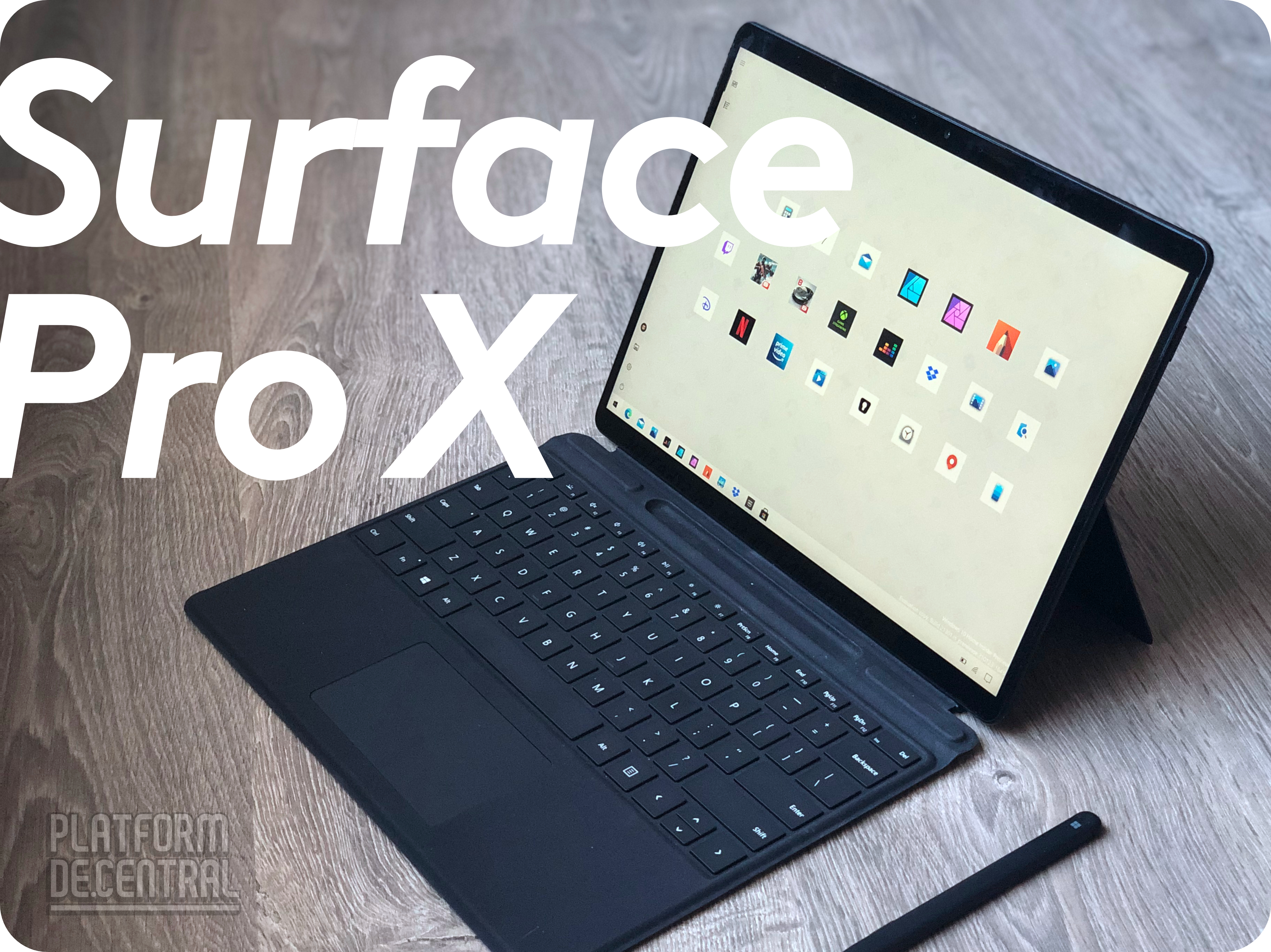 Microsoft’s Surface Pro X is not the first Windows 10 on ARM PC, the first ARM-powered PCs came from HP and ASUS back in 2017 when Microsoft launched Windows 10 on ARM. But Microsoft’s ARM-based Windows journey began way before 2017. Some could cite, Windows phone, and other would point to the original Surface. The original Surface was black and powered by a Qualcomm Snapdragon mobile SOC much like modern ARM PC’s. It is a technical feat, running the full Windows 10 OS on chips originally designed for Android phones was a major achievement in 2017. In 2019, Microsoft finally shipped a Surface powered by a custom Snapdragon SOC and they called it Surface Pro X. Now one year later, Microsoft launched a slightly improved Pro X with an upgraded Snapdragon chip and a new color option.

While Surface Pro X was not the first to get USB-C, Surface Pro X doubles down with two USB-C ports and a Surface Connect port. If you are not familiar with Surface Connect, think of it as a supped-up Mag Safe connecter that can magnetically connect and to a Surface Connect Dock and expand your connectivity options with multiple legacy data and display ports. Under neath of the kickstand is an access door to the upgradeable storage card and an internal SIM slot.

While the Pro X features eSIM, which means you can activate the device with a number of wireless providers, you can also use your own nano SIM.

Surface Pro X features the best camera sensors on a PC, thanks in part due to the thickness of the tablet and the technical hardware choices Microsoft made to upgrade this over the standard Intel-powered Surface Pro. While Apple continues to ships MacBook models with a 720p camera, Microsoft ships Surface Pro X with a 1080p Full HD 5MP front facing camera. On the back is a 1080p Full HD 10MP camera that takes surprisingly good pictures for a tablet not to mention it can record 4K video. The tablet also includes Dual far-field Studio Mics2W stereo speakers with Dolby Audio sound. The front facing camera is used for Windows Hello, Microsoft’s version of Face ID. Facial Recognition is so fast and accurate you often won’t even see your lock screen wallpaper. In use with Paint 3D, you can use Augmented Reality features and place your custom created creations in your home or place 3D objects from the curated library of objects.

The display is the largest on any Surface Pro model, at a full 13 inches, it bests Apple iPad Pro. The 13″ PixelSense display with 2800 x 1920 pixels fills nearly eliminates the side bezels while leaving space above for the Windows Hello camera and space below for the pen charger. It has ten finger multi-touch and Surface Slim Pen and Surface Pen support.

Surface Pro X was able to run all UWP apps and 32-bit x86 apps as well. Recently Adobe released a beta of Photoshop, Lightroom and soon Illustrator for ARM PC’s. With so many other apps being web based, most of the average consumer’s computing needs can be served with the Surface Pro X’s capabilities.

We have tested 64-bit app emulation using Affinity Designer and Affinity Photo. The experience was better than expected. Both apps loaded in and we were able to do simple operations, anytime we tried something more intensive, the app would crash. We will go into more depth with a number of x64 bit apps and show how they work.

Web browsers such as the built-in Edge browser and Firefox have ARM PC support, while Google has yet to add support. One of the most private browsers available, Brave has also not released an ARM compatible Browser, so if you want to use Brave on an ARM PC, you will have to download the 32-bit version and emulate it.

Who is it for?

As with all PCs on the market, each one is designed for a particular audience, with price, features and capabilities being factors to consider. Some people need a PC for their job, some workers need to create videos, some need to do mechanical engineering and some need to compute massive amounts of data and for the average consumer a Surface Pro X is a perfect fit, certainly not the least expensive option but if you like the premium build of Apple’s MacBook, Microsoft’s Surface Pro X offers more features in a beautiful package. The Pro X is at home using web apps, apps from the Microsoft Store, Adobe’s Suite of creative apps optimized for ARM and now a growing number of x64-bit app too. If you want more Surface Pro X, check out our recent editorial, Dynamic Duo | Xbox Series X & Surface Pro X.