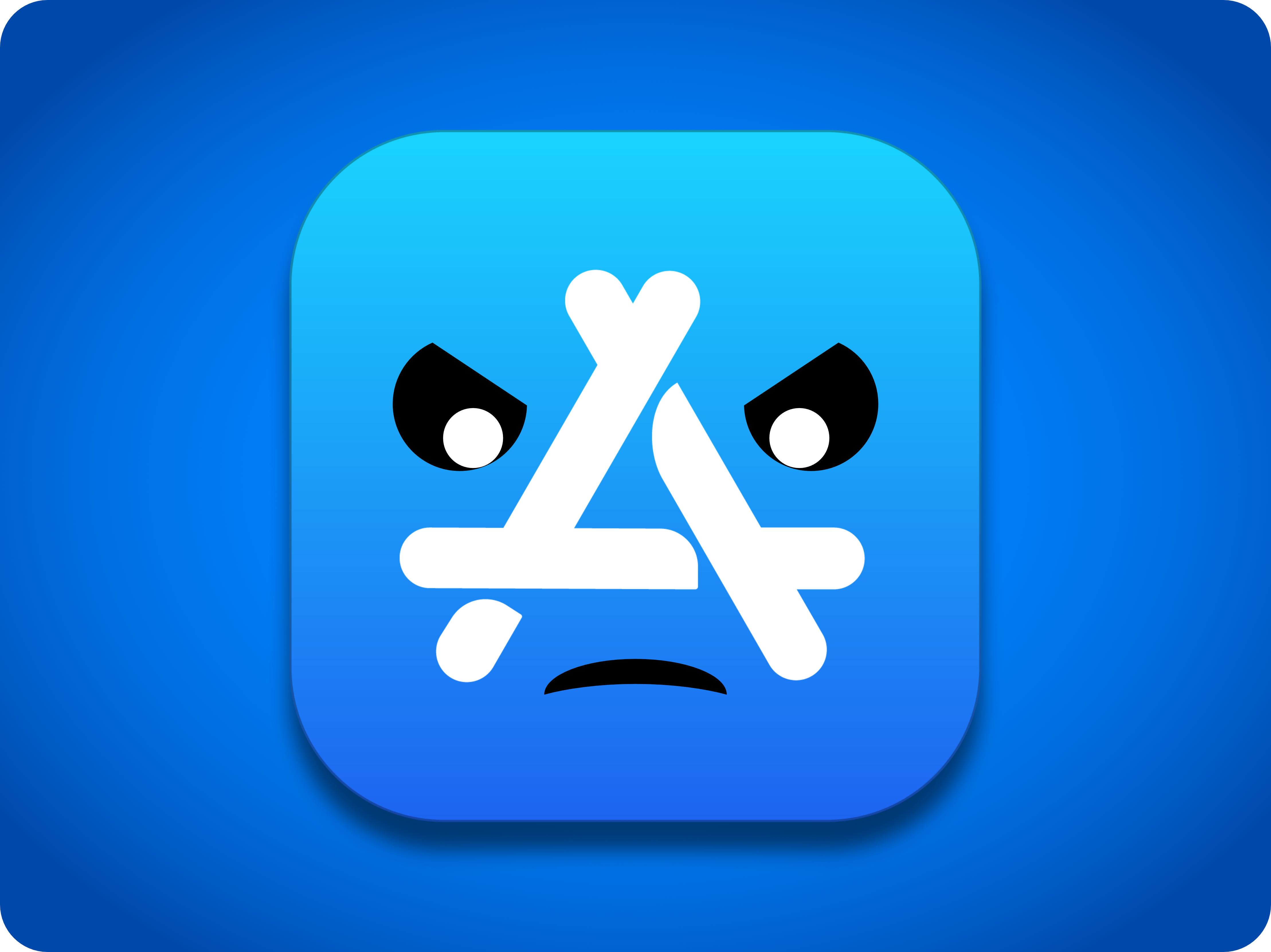 In the Land of Trillion Dollar Goliaths | Apple’s Gatekeeper power

We need to have a discussion, about a platform and its control. This platform wields absolute over its devices and technologies. This platform exhibits a long history of monopolistic tendencies whilst claiming it is not a monopoly. It puts competitor’s services under a degree of scrutiny it would never hoist upon itself. It dominates the tablet market; the company forces all competing browsers on its phones to basically be reskinned versions of its own browser, the company uses unnecessary proprietary connectors on its devices so it can then license out that tech for 3rd party accessory makers. The list goes on and on, this company’s history is littered with this kind of behavior. What company is it you ask? None other than Apple.

Lock-in and locked down

The digital economy does is not the same as the one in the offline world, where free market economics with robust competition usually delivers the best products, variety and lowest prices to consumers while moderating the outright power of the dominant market players. In the Online world however; powerful network effects and zero-cost marginal revenues/distribution enables dominant platforms to rail against the open nature of the web and inserts themselves between the user and web which warps normal market forces.

Today, more human activities are taking place on the web than ever before. Just think of the companies that you need to access the web, your ISP, Device and your browser. For most users your ISP is different from your Device and browser but your device and browser are probably both made by the same company. For example, Apple is the only source of the iPhone, iPad or Mac; on all three devices the built-in browser is Safari which is also made by Apple. Similarly, Google makes Android, Pixel phones, tablets and Chromebooks and the built-in default browser on all of these devices is Chrome which is also made by Google. So, both Apple and Google control two parts of what you need to access the internet and if you have Google Fi, then Google may control all three.

The open internet and Apple’s internet

Apple’s App Store essentially goes one step further at restricting some parts of the internet. Some parts of the internet are solely contained within apps and do not have a functioning web app. While these parts of the internet are solely contained within these apps like an iOS app, Apple suddenly becomes the gatekeeper to some of the internet. What’s more, if the developer charges for any portion of thier app or service, Apple can now get a cut of that transaction. Some of the biggest companies like Netflix and Spotify have deliberately moved their signup process off of their app and onto the web to avoid this charge by Apple. Many companies have PWA’s (progressive web apps) that function like native apps, which circumvents Apple’s App Store completely. We wrote last year that Apple is still hostile to PWA’s, that details how Apple still isn’t enabling crucial technologies that make PWA’s function better on Apple’s devices.

Safari makes technical decisions that affect how PWA’s work in Safari, for example the browser doesn’t support much of WebGL which is a JavaScript API that enables 2D and 3D rendering on the device and without plug-ins. Another feature needed for an effective PWA is background data sync, or access to the camera, microphone, Bluetooth, sensors, NFC and so on. Because of these restrictions and the rule that all iOS-based browsers must be built on Apple’s rendering engine, that means even third-party browsers on iOS devices cannot take advantage of powerful PWA’s.

Much like the U.S. government told us that we must give up liberty for security after 9/11, Apple uses the same argument. The restrict access to the device under the guise of protecting the users, but in reality, the truth is that Apple is protecting its business model. Take for example that gaming drives 75% of Apple’s revenue in the App Store, it is no wonder that they kept cloud gaming apps out of the App Store. This essentially ensures that only way to distribute premium game titles is through Apple’s App Store. Additionally, the limitation of web-based NFC funnels mobile payments though apps solely distributed through, yes you guess it…Apple’s App Store.

Steve Jobs said it best when speaking about this exact kind of model:

“Adobe claims… that Flash is open, but in fact the opposite is true. Let me explain. Adobe’s Flash products are 100% proprietary. They are only available from Adobe, and Adobe has sole authority as to their future enhancement, pricing, etc. While Adobe’s Flash products are widely available, this does not mean they are open, since they are controlled entirely by Adobe and available only from Adobe. By almost any definition, Flash is a closed system.”

If Safari, which is the default browser on Apple devices essentially is a gatekeeper to the open web then Apple themselves is essentially that Gatekeeper, with Google playing a similar role on Android and especially Chromebooks.

We have long talked about the virtues and benefits of PWA’s, not only to users and developers but to the digital economy as a whole. With Apple acting hostile toward PWA’s, they are essentially inhibiting the growth of the most open distribution vehicle for apps. Why is Apple doing this? Apple’s survival is dependent on its app store. If PWA’s could just be accessed via the web, then we may get new entrants into the mobile OS market. Could we see a return of Windows mobile, webOS, Tizen or others? Why not, the only reason why these platforms failed or haven’t seen widespread success in the first place is because of the mobile app store duopoly of Apple’s App Store and the Google Play Store.

If a developer wants to make an iOS app, the developer needs access to a set of tools owned by Apple. The integration of the tools and the device linked in needing to adhere to Apple’s billing policy allows Apple to totally control iOS app distribution. It is also true that Apple also architecture of control is very successful with iPhones getting 66% market share in the United States with growing market share in the teen population. The devices are the fastest mobile devices compared to their Android counter parts and have raised the bar for product design in the entire industry. But with great power…comes the possibility of great irresponsibility. Because Apple’s market share is so large in the U.S., they are essentially not only controlling their platform but a gatekeeper to the internet.

Back in 2019, Apple announced that it would shift its IDFA from opt-out to opt-in for tracking of your device signifier in 2021. Facebook and Google literally exist because they absorb vast amounts of data and then sell it to advertisers. Apple’s decision will literally mean that 70-90% of users are expected to opt out of tracking which is estimated to reduce revenues of Facebook and Google by somewhere between $5 billion to $20 billion. We are on the side of user’s privacy rather than Facebook and Google endlessly tracking users across their web activities.

When we inevitably upgrade our current mobile device, we can choose one made by someone other than Apple. We can choose from a large number of hardware manufacturers on devices in a multitude of sizes, colors, materials, price points and brands, but we cannot escape Google’s reach, because every other generally available mobile device on the market is powered by Android. Android itself is more open than iOS, there are many other App Stores to get apps from other than Google’s own and the most popular, Google Play Store. Exploring the other App Stores is liberating but also does not come without some risk.

When setting up an Android device for the first time you expect to be able control every aspect of your experience and only install the apps you want, but you will quickly find that if you don’t want Google’s Chrome browser, Google Drive, Google Play Movies, YouTube Music, YouTube and so on, you cannot actually remove these apps off of the device. You can disable the Google apps, but not delete them. So, while you escaped one monopoly, the only other choice is another. This is what we call The Illusion of Choice. We have examined the mobile duopoly in a number of editorials looking back at the broad and diverse mobile OS market and how we arrived at the duopoly we have now.

The only third option that existed in the last 5 years was Microsoft’s Windows phones. They had a tile laden home screen where the tiles themselves function like today’s iOS 14 widgets, in fact Apple borrowed heavily from Windows Phone. What killed the platform however was that iOS, Android and Windows apps where not compatible with one another and developers we forced to spend their developer budget on the market leader and the runner up. Apple has now unified its platforms under both Apple Silicon and powerful universal iOS-based apps across its entire hardware platform.

Apple wasn’t the first to reach platform unification however. When Microsoft shipped Windows 10, Windows 10 mobile, Xbox One and Hololens, Microsoft made history for unifying its Windows Core and Windows Universal Platform Apps. The UWP apps were able to run and scale across diverse hardware like PC, Tablets, phones, Xbox and Hololens. In fact, UWP apps run very well on Microsoft’s latest OS, Windows 10X. Windows 10X was originally designed for Surface Duo, but the reality of the mobile OS duopoly made Microsoft ship Surface Duo with Android instead. This is significant, because of the dominant market players, a potential re-entrant into the market could not launch a new product because of a real duopoly and we are all worse off for it.

Does the federal government legislate that Apple must make apps installable from other sources like other app stores or tell Apple they must support a number of PWA technologies required to make PWA’s a viable alternative native iOS App Store apps? Should Microsoft ship a Windows mobile device again, would it sell more units than its already niche Android-based Surface Duo?

It is perhaps the open web that will ultimately enable a healthier market but with Apple limiting the power of PWA’s on iOS devices, is Apple actively standing in the way? If we can get to where most apps are just PWA’s and games are played via the cloud then will we see a broad and diverse mobile OS market again? Let us know in the comments.