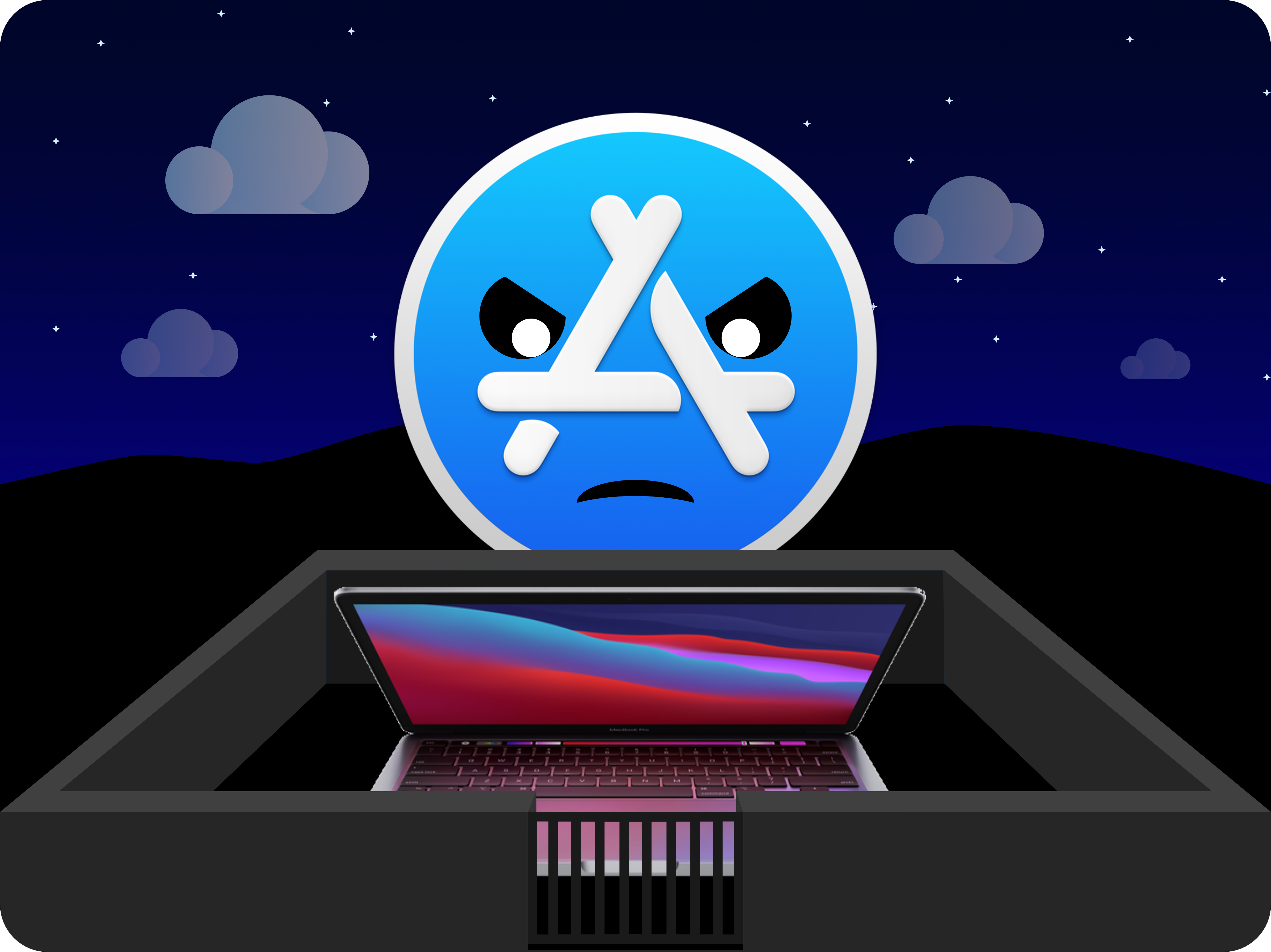 When Apple launched their three new Macs powered by M1, one of the interesting things to do was sideload iOS and iPadOS apps onto your M1-powered Mac. Unfortunately, Apple made a server-side change that now blocks owners from sideloading iOS apps outside the Mac App Store. Yes, that’s right. Apple is blocking users from installing iOS and iPadOS apps on its new M1 Macs.

As part of the Apple Silicon transition, iOS and iPadOS apps were compatible by default, the app developers needed to restrict their apps to specific platforms if for instance their apps don’t scale well from a phone interface to a desktop interface or they can simply choose to artificially restrict their app to device specific silos and make money on each app in each silo. Right now, popular apps like Netflix and Instagram have opted to restrict their iOS and iPadOS apps to the iOS device silo. It was previously possible to sideload iOS apps using iMazing or Apple Configurator, but Apple has closed that loophole.

Now only iOS and iPadOS apps greenlit for M1-powered Macs can be installed. If you are one of the lucky few who have already sideloaded all the iOS and iPadOS apps you wanted on your M1 Mac then they will continue to work, but installing new apps won’t work as of macOS Big Sur 11.1. It would seem that Apple is applying iOS-like restrictions to the previously open macOS platform and Apple’s critics were right about the M1 transition after all.

During the era of Windows 10 mobile, UWP (Universal Windows Platform) apps could be installed on all device types like PC’s, Tablets, Phones and Xbox. When you purchased the app on one device type it would be available on the other devices as well and only in some cases were restricted by the developer to a device type. An example of restricting to a device type is the YouTube app available for Xbox, Google still restricts the YouTube UWP app to Xbox instead of making it available to PC’s, tablets and mobile. It is due to some developers artificially restricting popular apps like YouTube from working on mobile that help kill Windows-based phones. In is still possible to install most device restricted apps like the YouTube TV app for Xbox on PC’s, we even provided a guide on how to install these apps for your PC.

Many of UWP apps are simply available to all device types and some of them are still available to mobile even though the platform is no longer receiving support from Microsoft. Beyond UWP apps, users can install legacy apps on Intel and AMD powered laptops as well as ARM-powered PC’s as well.

While Apple may be very restrictive in most of their business practices, Google Chromebooks are open to sideloading Android apps. This may result in a non-optimal user experience but at least the user has the choice to install the apps they want.

The open web to the rescue

As always, the way to break out of the walled gardens that the Trillion Dollar Goliaths have erected is the open-web. Modern PWA (progressive web apps) functions like apps with service workers used to surface notifications to users. PWA’s are great for developers too, they only need to maintain one code base and no longer need to build native apps for specific devices. Apple is still hostile to PWA’s on iOS because Apple cannot get their 15-30% pound of flesh from the developer or you.