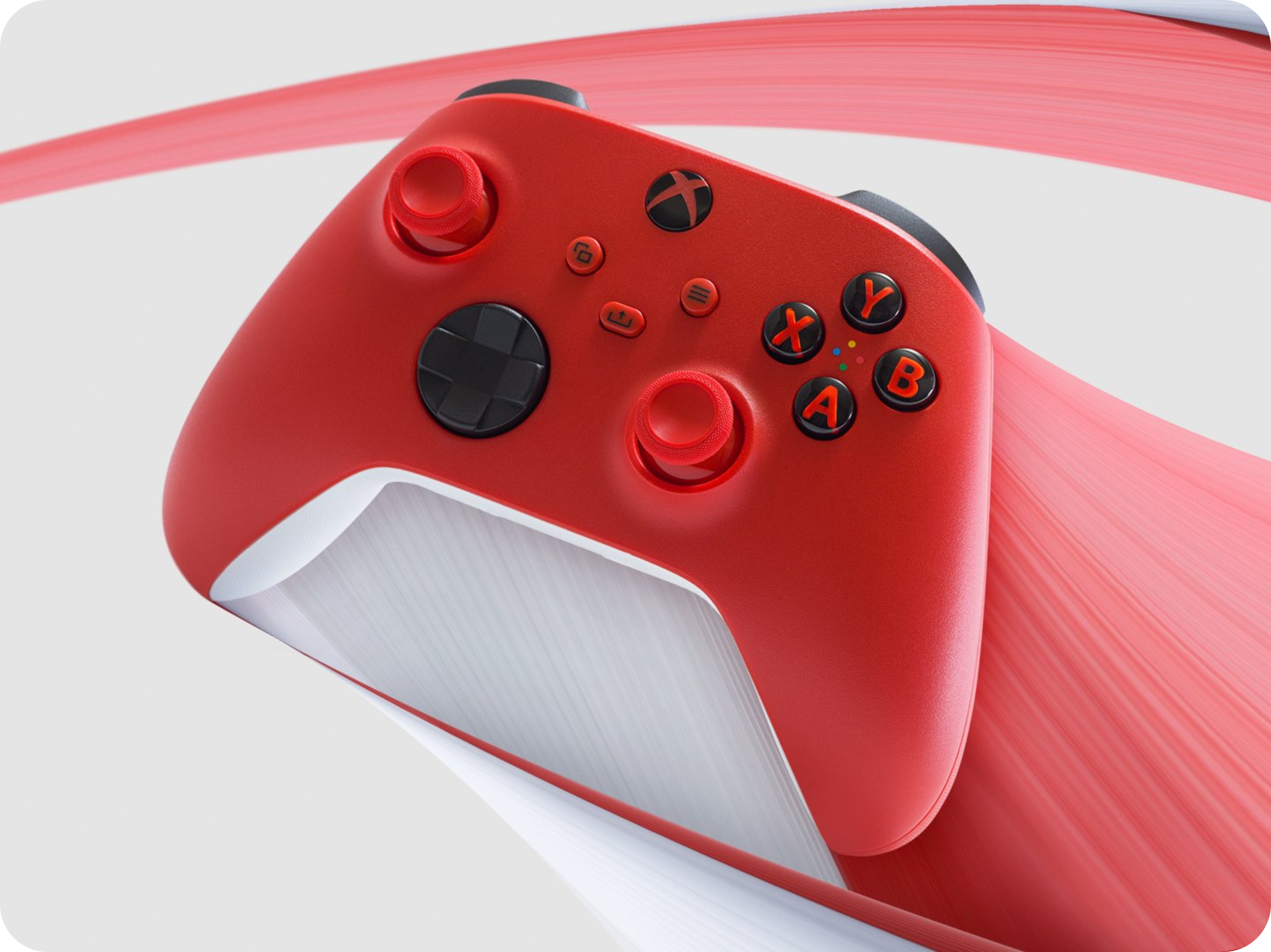 The controller’s buttons, including the new Share button, can be custom mapped just the way you like using the Xbox Accessories app. Set the Share button to capture screenshots, start/stop recording, or even to record what just happened, then share your best, worst or funniest moments with friends and followers right from the console dashboard or your Android phone with the Xbox app for mobile. You can wirelessly connect the new Pulse Red controller to your favorite gaming devices including Xbox Series X|S and Xbox One with the built-in Xbox Wireless radio. You can also play wirelessly on Win10 PCs and Android devices with Bluetooth Low Energy for remote play from your console or cloud gaming with Xbox Game Pass Ultimate on the go. The controller remembers multiple devices, so you can quickly and seamlessly switch between previously connected devices, while connecting with USB to your console or PC is also an option.

You can pick up the Xbox Wireless Controller in Pulse Red for Player 2 or add this beauty to your own personal collection for $64.99 USD starting February 9 in most Xbox markets and starting tomorrow in China. Check your local retailer for availability.

As with all new Xbox Wireless Controllers, Pulse Red features a 3.5mm stereo headset jack to plug in for a fully immersive gaming experience and a USB-C port to play & charge with the Xbox Rechargeable Battery (sold separately). In select markets, the new Pulse Red controller includes a 14-day trial for Xbox Game Pass Ultimate.