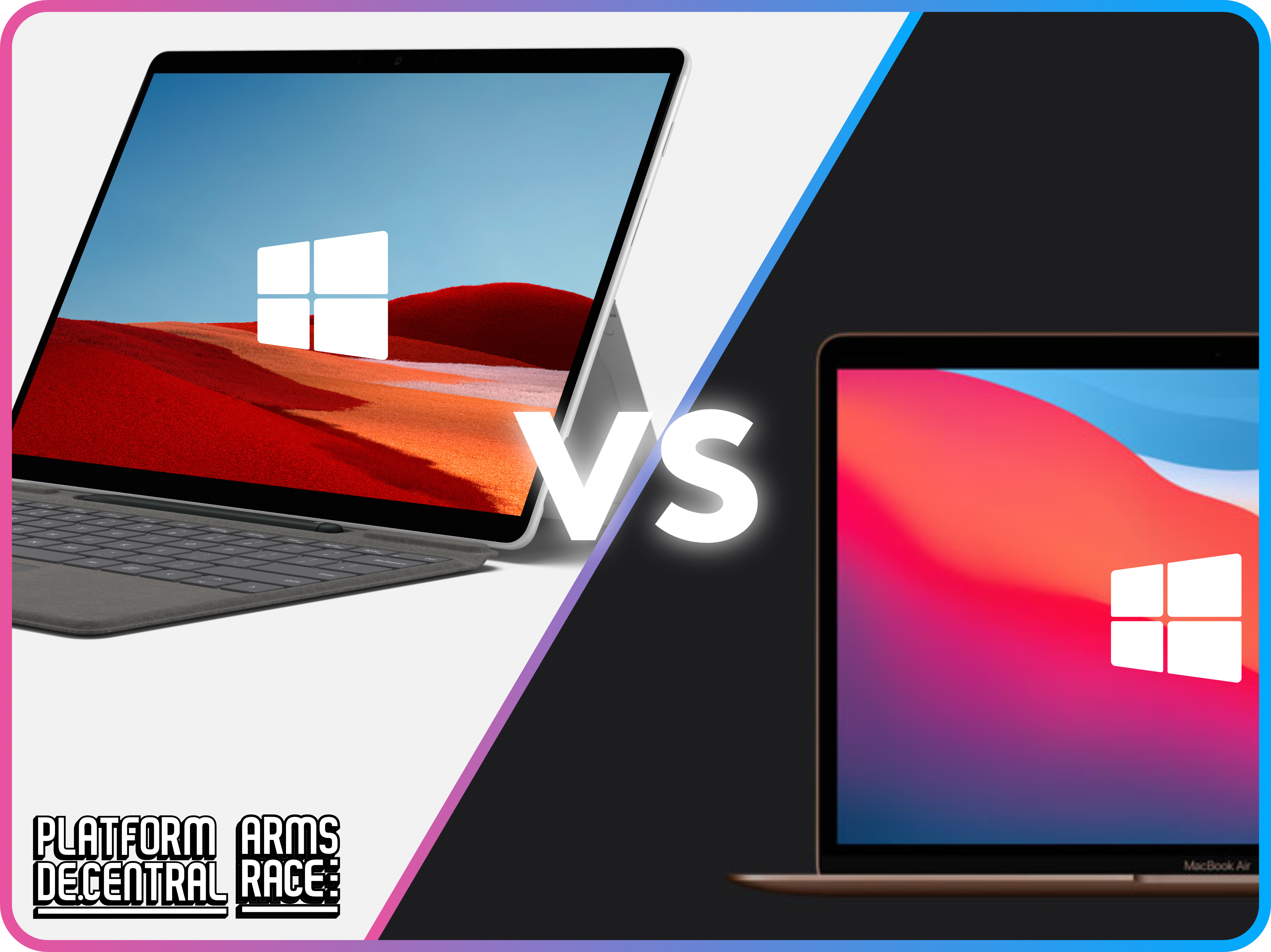 Apple recently entered the ARM-powered Mac market with three new Macs all powered by an Apple made chip called M1. Early benchmarks for the news M1-powered Macs suggest that Qualcomm and Microsoft have a lot of work to do to compete with Apple in raw performance.

Now some recent benchmarks have popped on Geekbench of developers who have virtualized Windows 10 on ARM to run on Apple’s new M1-powered M1 Macs and the results are stunning.

Currently Microsoft’s custom Qualcomm 8cx Gen 2, called SQ2 is the fastest ARM chip for a Windows machine, therefore it is the standard bearer for the Windows on ARM platform. Apple’s M1-powered Mac scored 1390 in single core and 4769 for muti-core, compared to the SQ2-powered Surface Pro X with a single core score of 802 and a multi-core score of 3109.

If Microsoft wants to compete with these new M1-powered MacBooks, then as we recently made the case, they should build a Surface Laptop and Laptop Go powered by SQ2 or SQ3 to directly compete with the MacBook Air and MacBook Pro. Perhaps utilizing a fan inside a SQ2/SQ3-powered Surface Laptop would result in more performance or at least longer, more sustained performance.