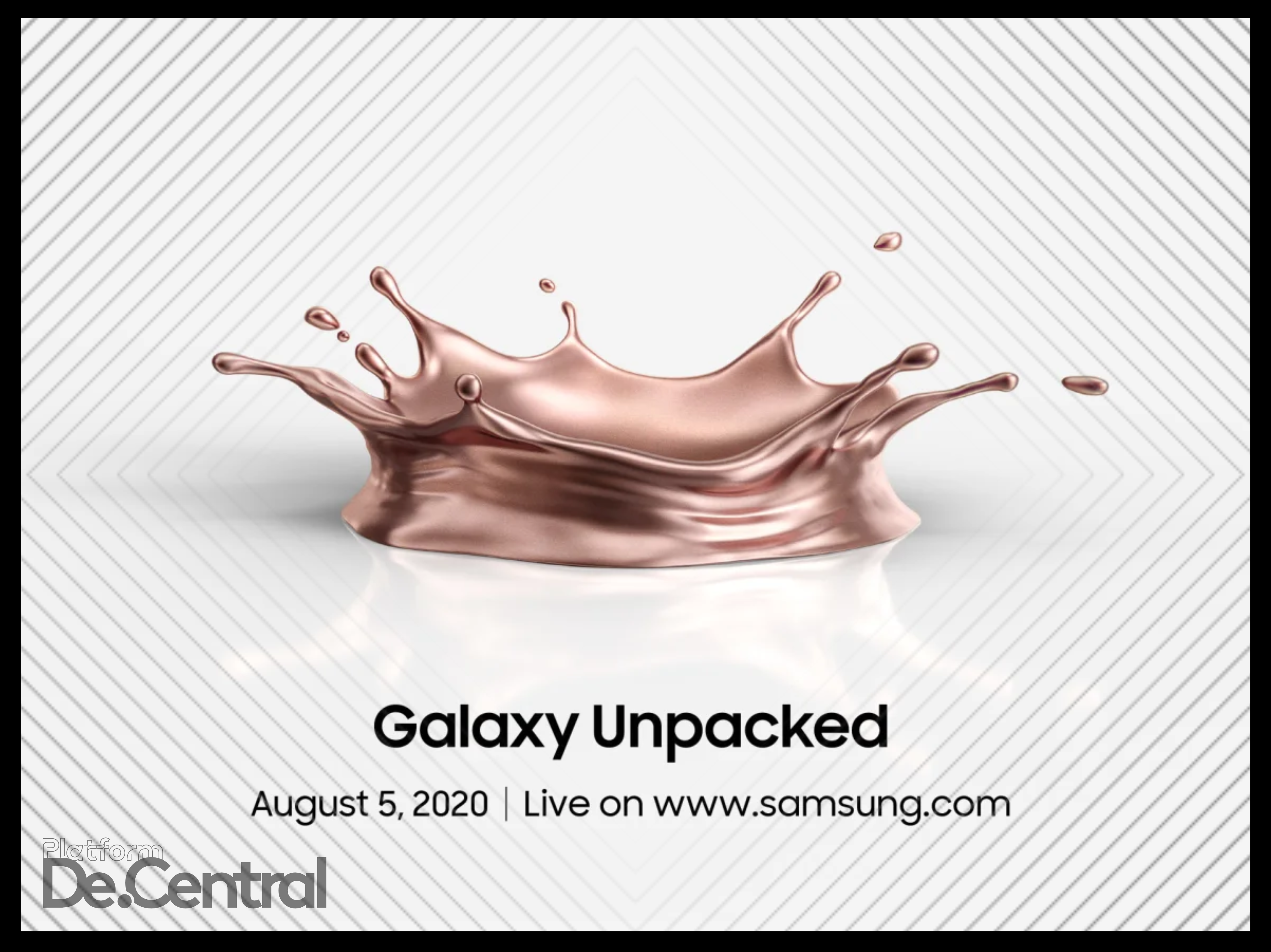 After a recent Samsung Galaxy Note 20 leak that saw many renderings of a copper clad Note 20 grace the headlines of many tech outlets, we now have a confirmed date of when the device might officially be announced.

Today Samsung announced that it will hold an Galaxy Unpacked event on August 5th 2020 with the accompanying phrase “Power – a new form for a new norm.” Seems like an awkward phrase, for what might amount to only small updates to the Galaxy Note 20. We might however see the phrase live up to the hype with an updated Galaxy Z Fold 2.

Samsung’s last Unpacked event was just in February of this year, yet it seems like ages ago, unless of course you have a new Galaxy Z Flip, which was announced at the event. The devices that are rumored to make appearances at this event are the Galaxy Note 20, Note 20 Ultra & the Galaxy Z Fold 2.

We are hoping to see the Galaxy Z Fold 2 get the same display tech that the Galaxy Z Flip debuted with, along with a larger outside display. We may also see a new Galaxy Tab S7 and Galaxy Watch 3.