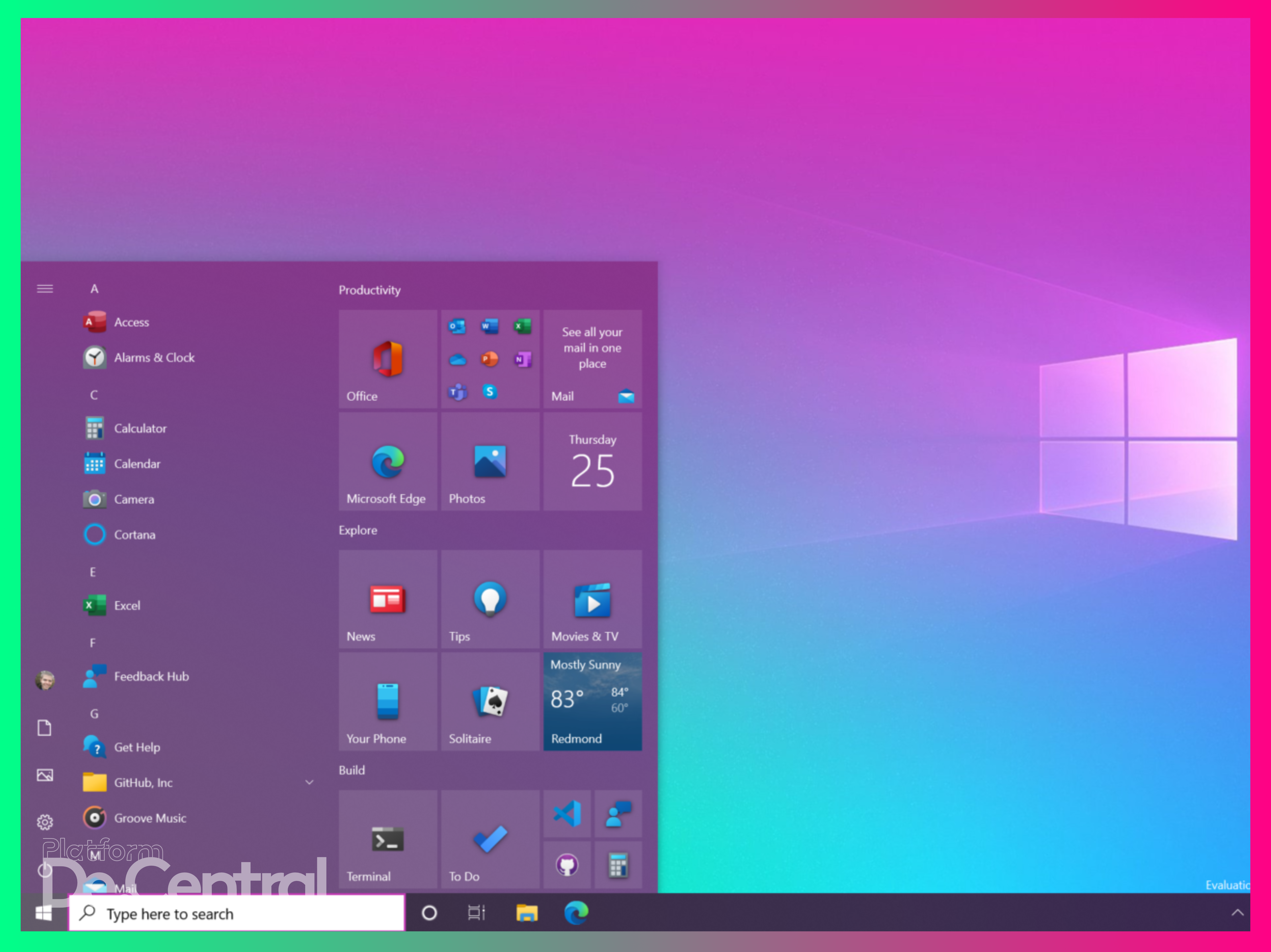 While the changes are minimal, most of the changes are in the start menu. Instead of emphasizing the tiles, the tiles now match the Start Menu theme itself, which emphasizes the icons instead.

The design team did show off a ‘Low Touch’ design concept where the Tile’s appearance matches the Light or Dark Theme with the icon being the focal point rather than the Tile itself. Now your Start Menu will not be subject to huge blocks of color you cannot change.

This is the experience users will receive when they (users) switch ‘Live Tiles’ off.Windows Design Team

ALT + TAB between apps and sites

Beginning with today’s build, all tabs open in Microsoft Edge will start appearing in Alt + TAB, not just the active one in each browser window.

Improving the tablet experience for 2-in-1 devices

Now in the new build of Windows 10, if you opt to have your 2in1 device automatically switch from Desktop mode to tablet mode, it will no longer serve you a notification when it is doing so. If you want to manually switch these settings, it can be found in Settings > System > Tablet.

Graphing mode is now rolling out to the general public, a few months before kids will be returning to school.

What do our readers think of the new Windows Insider updates? Let us know in the comments.