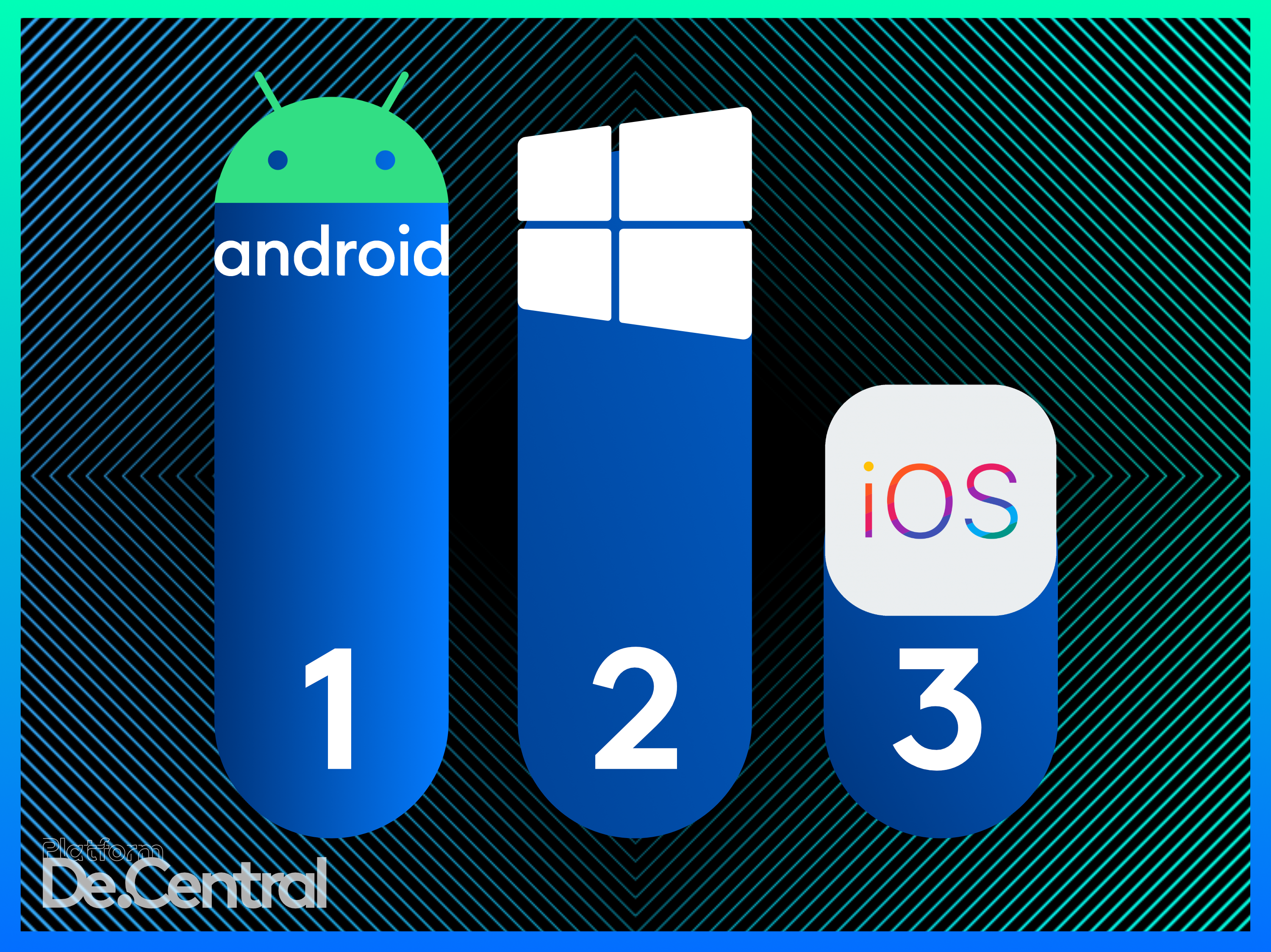 While Apple unifies its platform, we ask what happened to the Windows platform unification?

On Monday Apple announced its two-year transition to move its Macs to Apple-made silicon and also that all iOS and iPadOS apps can run on Apple silicon powered macOS Big Sur devices.

With Apple seemingly copying Windows Phone UX, using the term Universal Apps and touting Microsoft Office as already up and running on Apple’s Developer Transition Kit (A12Z powered Mac mini), we got to wondering something. With Apple’s apparent success in unifying its software and hardware platforms, where did Microsoft go wrong in its early unification effort and is Google partly to blame?

Microsoft began its platform unification long before Windows Phone, but it only really became obvious to the average consumer with the release of Windows Phone 8 and Windows 8. Both OS’s echo each other’s appearance from the live tiles, iconography and font. It was a bold vision for the future of Windows as a unified platform.

Microsoft’s early efforts with Windows on ARM processors called Windows 8 RT, failed in the market but one has to wonder if it could have succeeded given more time and development, especially considering Android’s utter failure to amass enough tablet market share to compete with iPad.

When Microsoft introduced Windows 10 and Windows 10 mobile to the world, it seemed that Microsoft had finally unified its Windows platform with a number of key features:

Google acquired Android from Android Inc. in 2005 and was on a much different development path prior to Apple’s iPhone announcement. Apple’s all-touchscreen iOS shifted both Google’s and Microsoft’s plans for thier mobile operating systems. Google began on a quest to copy almost every aspect of iOS while Microsoft chose to abandon Windows mobile for a brand-new OS called Windows Phone 7.

Since Google purchased an open-source mobile OS, it could not charge license fees to OEM’s that wanted to use it and OEM’s could create custom launchers to differentiate their flavor of Android from one another. Microsoft chose to charge OEM’s license fees for Windows Phone 7 and had strict rules for their proprietary OS, so there was very little customization possible. These elements led to more carrier uptake of Android than Windows Phone and consequently more market share for Android. Which approach was the right one?

Ultimately Google began to exert more control over their Android platform and at the same time Microsoft loosened theirs. But by that time, most developers were already building apps for Android and iOS, while leaving Windows Phone with fewer apps in their app store. All the big-name apps were on Windows Phone such as Facebook, Instagram, Spotify, Slack, Amazon shopping, Amazon Kindle, Audible, Flipboard and others, but one major developer was absent, Google.

Google did not publish Google Maps, Chrome, You Tube or any popular app for Windows Phone and even stopped Microsoft from building its own YouTube app. At every turn Google acted like an in-secure middle schooler scared that someone better than them would win in the winner take all mobile market.

Google later said in an Apple v Samsung case that Google was afraid of Microsoft’s dominance in desktop operating systems and was trying to keep them from duplicating their success in mobile. Google’s Android certainly has done that, but Google has utterly failed to capture significant market-share everywhere else.

While Android started as just a mobile operating system, by the time Android Honeycomb came along, Google attempted to compete head on with iPad. But ultimately was seen as a failure.

When the Nexus 7 tablet came along later, its low cost and phone-like form factor led to more success, but the lack of developer interest in tablet-oriented apps have kept the Android tablet platform as a whole from achieving market success.

The source of the problem

App developers have limited time and resources to pour into developing apps that are not interoperable with other OS’s. The practice of creating something that is not compatible with existing products on the market can be called “adversarial interoperability,” a term used by the Electronic Frontier Foundation in a recent article.

When developers have an app on one platform but want to develop for another, they either need to start from scratch or need to port their apps, which is not an easy process. Incompatible app platforms ultimately lead to fewer apps, less competition and innovation. This is why we now have only two mobile operating systems, a huge number of iPad apps and very few Android tablet apps.

“Big Tech climbed the adversarial ladder and then pulled it up behind them.”Electronic Frontier Foundation

“The current crop of Big Tech companies has secured laws, regulations, and court decisions that have dramatically restricted adversarial interoperability. From the flurry of absurd software patents that the US Patent and Trademark Office granted in the dark years between the first software patents and the Alice decision to the growing use of “digital rights management” to create legal obligations to use the products you purchase in ways that benefit shareholders at your expense, Big Tech climbed the adversarial ladder and then pulled it up behind them.”

“That can and should change. As Big Tech grows ever more concentrated, restoring adversarial interoperability must be a piece of the solution to that concentration: making big companies smaller makes their mistakes less consequential, and it deprives them of the monopoly profits they rely on to lobby for rules that make competing with them even harder.”

The effects of the Mobile Duopoly

Because of the mobile platform duopoly that exists today, we are seeing less innovation out of Apple and Google. Apple recently released a parts bin phone called iPhone SE, which is an iPhone 8 with a new A12 inside. Yes, it is great that Apple has managed to sell an iPhone for $400 in a time when the next iPhone up the chain, the iPhone 11 sells for $700. Compare that to the iPhone 7 that sold for as little as $650 just a few short years ago and it is certainly impressive, but with the scale that particular design achieved over the five years it was re-used and re-used it isn’t that surprising that Apple could achieve that price.

Maybe Apple doesn’t feel they need to deliver a low-cost iPad with the design of an iPad Pro like Samsung’s newest Galaxy Tab tablets that sell for $275 for a 10.4-inch iPad Pro-like display.

Apple’s iPad Pro line keeps innovating, mainly because they are going after Microsoft’s Surface Pro and other 2in1 PC’s with more PC-like hardware and software, like the addition of a trackpad. Apple’s less expensive iPad models really don’t have much competition in terms of market share, iPad tablets dominate, so is it any wonder why Apple has been slow to innovate with them?

Below, we had a video of Steve Jobs talking about monopolies, from one source but apparently Apple claimed that it was in volition of copyright. We found this one, watch before Apple takes it down.

Google moved on from tablets, after realizing that 2in1 devices like Microsoft’s Surface Pro are more popular. Google then chose to add the Google Play Store to Chromebooks, which gave them access to a larger library of apps, but mostly phone apps. Which makes them the second platform to be “semi” unified. Right now, mobile is the only successful hardware platform for Android and that doesn’t look like it will be changing anytime soon.

Apple’s future is built on Apple’s own silicon

Apple has been designing its own custom SOC’s (system on a chip) since the iPhone 4 and since then has taken more and more control over design and manufacture of their famed A-Series SOC’s. At Apple’s annual WWDC event, Apple announced that it will be moving Macs to its own CPU’s, finally unifying all of Apple’s products under one platform architecture.

Apple’s A-Series SOC’s outperform Qualcomm’s Snapdragon powered Android devices. Their iPad CPU’s have been getting close to outperforming its own MacBook Air for a few years and with 2018’s A12X it finally did. Apple now plans to ship Macs with its own custom silicon this fall and aims to make it power efficient and wildly more powerful.

With Catalyst Apps, Apple has laid the groundwork for their announcement today and now all iOS and iPad apps can run on macOS Big Sur with its new ARM CPU’s.

This all should sound very familiar considering Microsoft unveiled Windows 10, the first unified platform way back in 2015. The company debuted the Universal Windows Platform (UWP) apps that could run on desktop, mobile and Xbox. UWP apps could even run on both Intel and ARM-based CPU’s.

Microsoft’s Surface Duo dual-screen phone as said to have originally ran Windows 10X, but Microsoft chose to scrap it in favor of Android. Panos Panay famously said that the Surface Duo runs android because, “Android has the apps.” I am sure in his heart of hearts he would much rather have Windows 10X on it instead.

With Android at 37.81% and Windows at 35.83%, which is well above the Apple made duo of iOS and macOS, we can see Android has essentially become the Windows mobile equivalent to desktop Windows. If you are a Windows user, chances are you are also an Android user as well. In recent years many efforts have been made to bring Android and Windows closer together, but one has to wonder, wouldn’t it have been better to use Windows 10 mobile with Windows 10 to achieve this? Thanks Google.

While Apple unifies its platform, we ask what happened to the Windows platform unification?