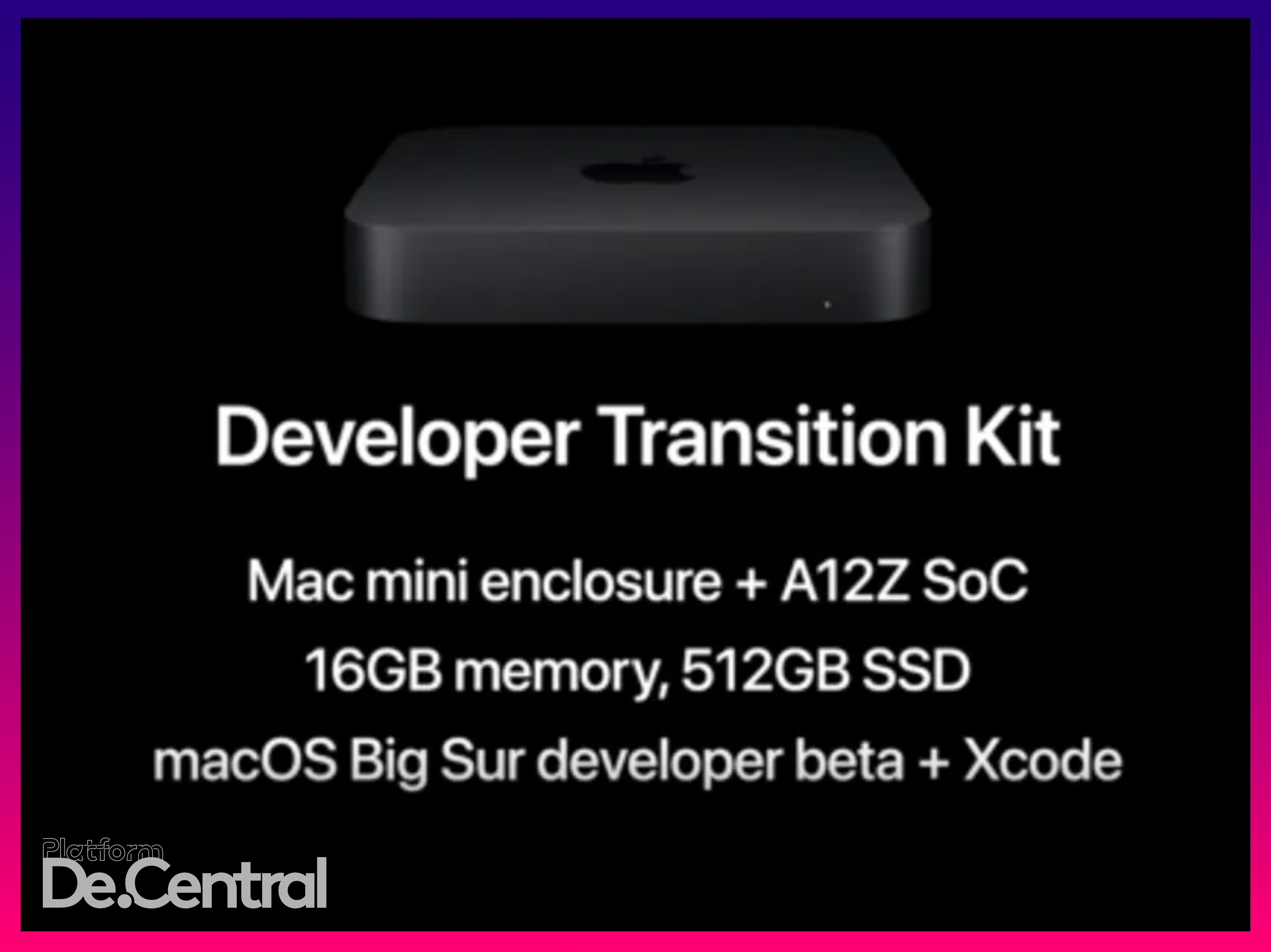 Apple has been designing its own custom SOC’s (system on a chip) since day one of the iPhone and since then has taken more and more control over design and manufacture of their famed A-Series SOC’s. Today at Apple’s annual WWDC event, Apple announced that it will be moving Mac to its own CPU’s.

Apple’s A-Series SOC’s can outperform Android phones with higher clock speeds, more cores and more RAM with ease. Their iPad SOC’s have been getting close to outperforming its own MacBook Air for a few years now and with last year’s models it did.

Apple now plans to ship Macs with its own custom silicon this fall and aims to make it power efficient and wildly powerful.

With Catalyst Apps, Apple has laid the groundwork for their announcement today that all iOS and iPad apps can run on macOS Big Sur with its new CPU’s.

As part of Apple’s effort to bring developers along for the ride, Apple has developed a new Mac mini with Apple’s latest and most powerful custom CPU that powers this year’s iPad Pro, the A12Z. The Developer Transition Kit also comes with 16GB of RAM and 512GB of SSD Storage. It will ship with macOS Big Sur developer beta and XCode.

Under About > Mac Apple showed us what was powering the presentation of macOS Big Sur, the A12Z powered Mac Mini.

Apple touted Microsoft’s involvement with Microsoft Office applications that they say are up and running while showing us a demo of Word, PowerPoint and Excel running simultaneously.

The we saw a demo of Adobe Photoshop running while Lightroom, Word, PowerPoint and Excel were all minimized in the dock.

While all of those apps were running, opened Apple’s Final Cut Pro and proceeded to edit video.

Within 2-years, all of Apple’s devices will be running on Apple made silicon. This time period is what Apple is calling “the transition.”

Apple is also enabling a kind of emulation that Apple calls “translation” and says they are now using “Rosetta 2.” Rosetta was originally used to translate PowerPC apps on new Intel-based Macs during their last transition.

A demo of Maya, on the A12Z powered Mac Mini dev kit.

All iOS games, just like iOS apps can run on Apple silicon-powered Macs.

Developers can now signup for Apple’s “Developer Transition Kit,” otherwise known here as the A12Z powered Mac mini on Apple’s developer website in the near future.

When comparing last year’s 12.9″ iPad Pro with last year’s MacBook Air we can see clearly that Apple’s A12X Bionic is a superior processor by a wide margin. The only comparable Mac is last year’s 15-inch MacBook Pro with an Intel Core i9-9980 running at 2400MHz.

A Geekbench comparison of all of Apple’s latest devices.

With Apple stating that it will ship new Macs with Apple’s in-house CPU’s starting this fall, it would appear that the ARMs race is heating up.