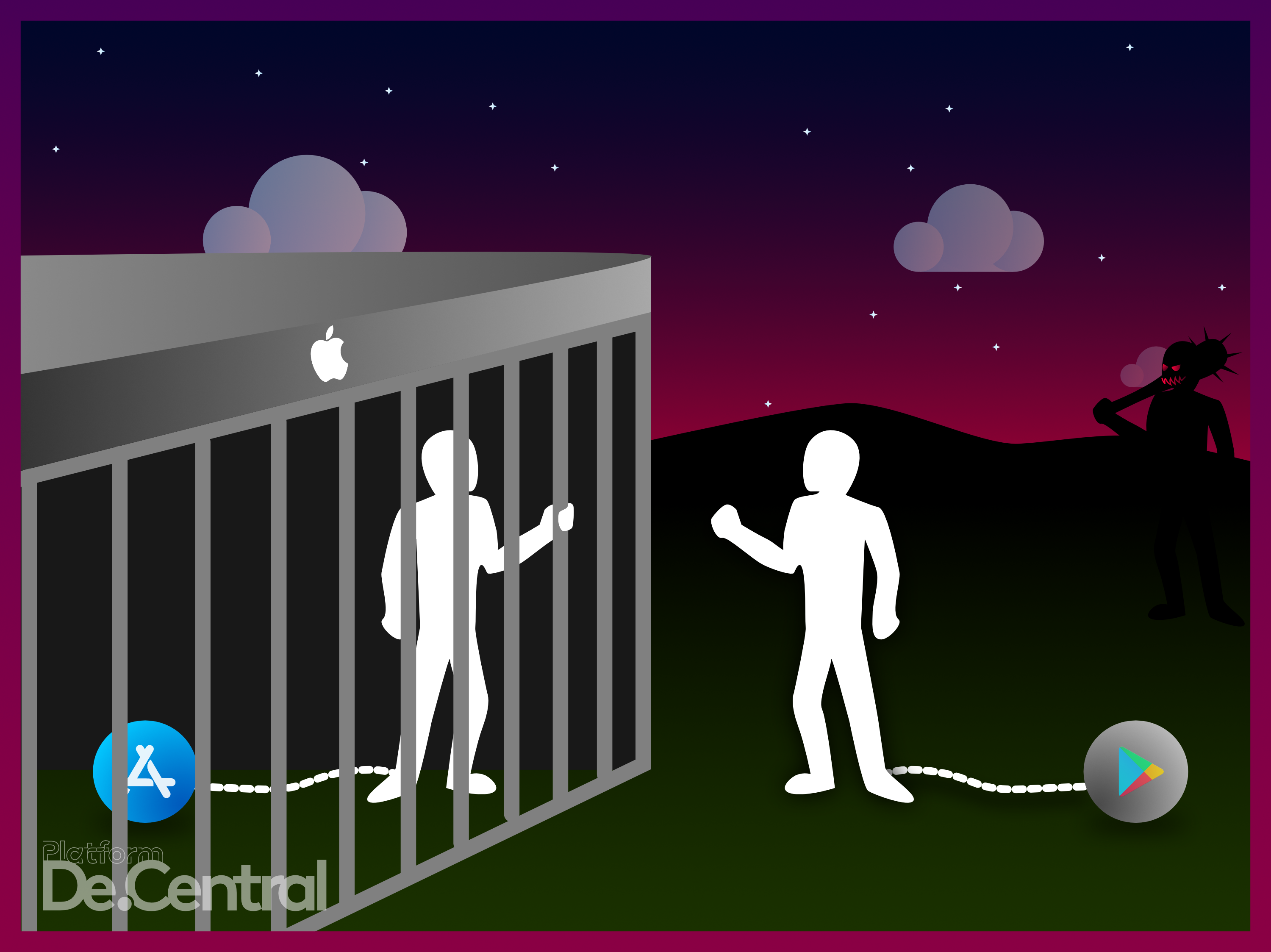 The Illusion of Platform Choice | Part 4

When you right about the tech industry, you also read other articles to learn about the perspective of fellow journalists. Tonight, I stumbled upon a piece by an Apple centric publication and after reading the article, it is no wonder they call themselves insiders.

Unfortunately, this writer took an all or nothing approach to this article which seemed to be a response to publications like Platform De.Central fairly criticizing the nature of Apple’s App Store. So, let’s first start with acknowledging their bias, they are an Apple oriented news site, we would not expect them to be objective, but would certainly be impressed if they were. Sadly, this author, which will remain nameless, was not objective.

This article is in response to this authors viewpoint and to offer an opposing and balanced perspective.

The problem with Apple’s App Store

First, we want to acknowledge that Apple’s App Store has indeed created opportunities for many small businesses to create products and distribute them through the digital storefront. We do not want to take away from the positive aspects of Apple’s App Store and we recognize that we cannot go backward in time to set right anything we now see as a wrong. All we can do is learn from the past to create a better future.

Because we have the luxury of hindsight, we can examine what has and has not worked in regards to mobile platforms like iOS, Android, Windows mobile, Blackberry OS, Palm OS, Symbian and so on. Is it a true statement that App Stores killed most mobile operating systems? Yes, in a sense, but that statement is too simplified to be true all on its own, without any explanation.

It wasn’t just App Stores; it was the creation of different operating systems that run software that are not interoperable with each other. When Apple created the proprietary Unix-based OS in its Mac desktop computers, that is where the problem started.

With its proprietary OS, Apple would not have to be directly compete with other computers on the market. Apple even built its own proprietary connectors several times. Someone couldn’t just build a copy of their product and sell it for their own profit. Apple would own the stack and attempt to vertically integrate almost every chance it got throughout its entire history.

When developers have to port their app from one platform to another, that requires time and money. Developers only have a certain amount of time and money and thus we get most apps for very few platforms.

In understanding Apple’s nature, we understand that they hate to directly compete with other products, whether they be hardware or software. They obfuscate their hardware specifications on their site, by not giving exact Intel processor model numbers in their Macs, hiding RAM specs on thier iPhone and iPad specs and so on. Apple creates marketing names for products that already exist and sell them as something that can only be had on a Mac, like Apple’s “Fusion Drive which was simply a hard drive working with an SSD to accentuate the positives of each and suppress the negatives. “Apple’s history is littered with examples of what can only be referred to as “Apple’s Nature.”

Yesterday we wrote the article “Apple is in Self-Preservation Mode ahead of WWDC.” In the next five years operating systems will be a lot less consequential with technologies like progressive web apps (PWAs) and cloud gaming reducing the dependency on App Stores for Apps and Games. If you want to watch a movie on Netflix, simply navigate to Netflix and install Netflix’s PWA. The Netflix PWA will look and function like a native app without needing to install large amounts of data. Twitter’s PWA is a remarkable example of PWA technology.

If you want to play a game, you will no longer be limited to a single game store or cloud gaming service provider. Today we have Google’s Stadia, Microsoft’s XCloud, NVIDIA’s GeForce Now, Facebook Gaming and we will likely see more competitors compete to offer the very best cloud gaming experience.

The point is that apps and games are trending toward being platform agnostic and only the incumbents like Apple will fight against a future that threatens its supremacy.