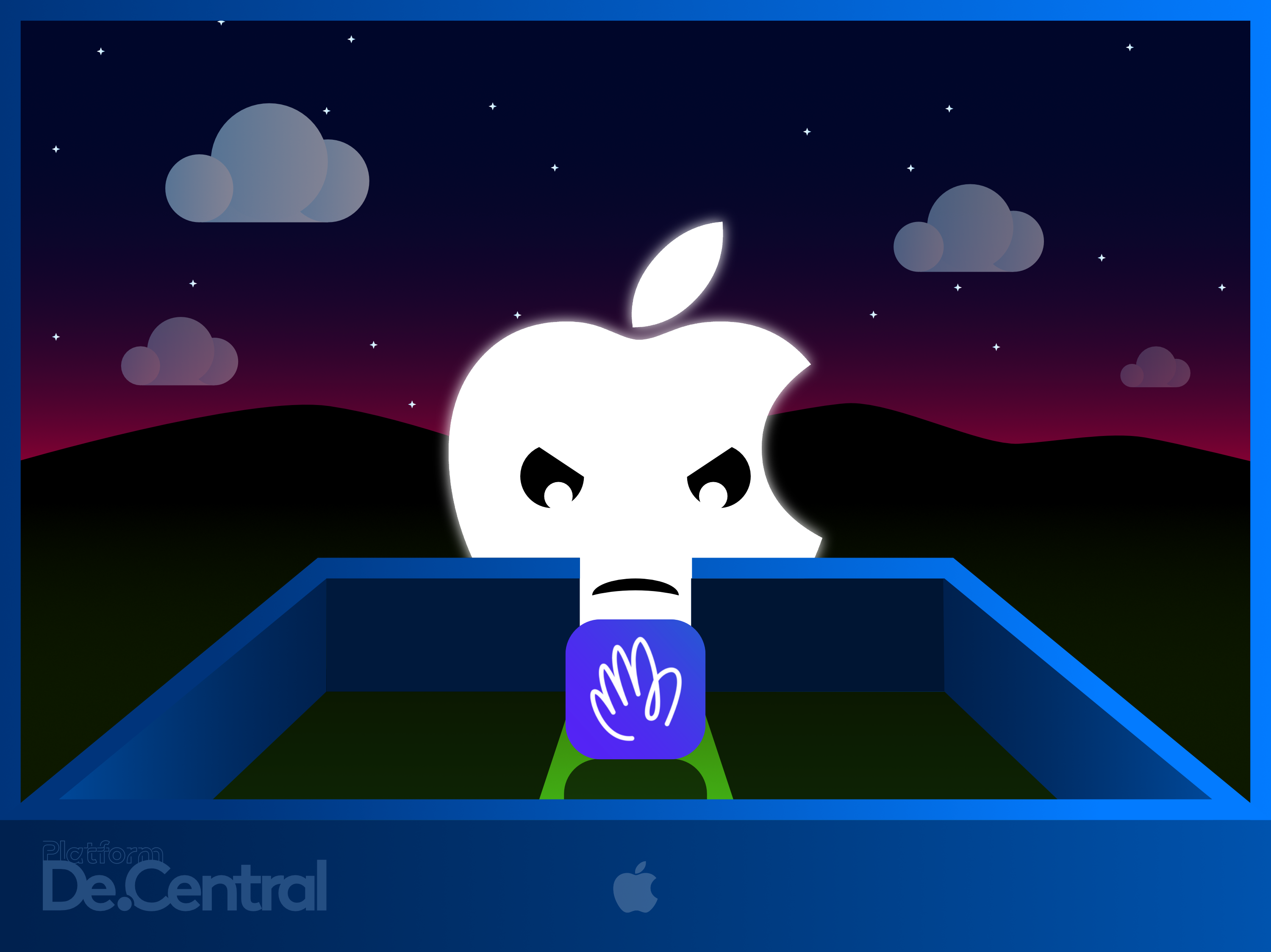 In the Land of Trillion Dollar Goliaths | Apple is the gatekeeper

Today Hey.com said that after it launched its Hey email service Apple threatened to remove their app from the Apple App Store unless they give Apple 15-30% of their revenue by adding in-app-purchase integration.

This came a day after Apple touted its Apple Store and how it was responsible for facilitating $519 billion in 2019. When we saw this we knew that it was in response to something and not just a naturally timed statement. Apple tends to tout its App Store numbers at events like WWDC, not just out of the blue.

Basecamp’s lead iOS developer, Zach Waugh received a distressing email after they submitted their second version 1.0.1 which included a few bug fixes. Apple told Basecamp that their app update was rejected by the App Store reviewers. In the rejection Apple cited rule 3.1.1 of Apple Guidelines for app developers, according to Protocol. Rule 3.1.1 basically says that if you want people to be able to purchase your product or subscribe that you need to do it through Apple’s payments system.

Basecamps business model for Hey is that if you want to use the service then it will cost $99/year and users sign up via the Hey.com website. According to Protocol, Basecamp didn’t think the rule applied to them as the subscription is to an existing outside service.

“So we were like, OK, maybe we just got the Monday morning reviewer,” Basecamp co-founder and CTO David Heinemeier Hansson said. They fixed more bugs then resubmitted their updated as 1.0.2 and hoped for a different outcome. Basecamp had received a call from the Apple review and they said that version 1.0.2 didn’t fix the reason for rejection the first time, which was that the app didn’t have Apple in-app purchase integration and that the issue had been escalated internally at Apple. After an internal review at Apple, it was determined that the rejection was valid and the only way to get it accepted would be to implement Apple’s payment system. Waugh went on to say that Apple wanted a timeline commitment for implementing the payment system or Apple would remove the App from the store.

Basecamp pointed out that other email apps like Spark and Edison users to log into their exisitng accounts without signing up through Apple and the reviewer came back with a canned response that they would not discuss other apps.

On Tuesday afternoon, Apple sent a written notice to Basecamp that said “We noticed that your app allows customers to access content, subscriptions, or features they have purchased elsewhere, but those items were not available as in-app purchases within the app.” Apple went on to say that all subscriptions should be available to new users as in-app purchases. Apple allows these kinds of apps when they are for business services but not as consumer products.

Apple is acting like “gangsters,” rejecting a bug fix update and asking the company in a phone call to commit to adding an in-app subscription to prevent it from being removed, said David Heinemeier Hansson, the CTO of Basecamp. “I was taken aback by how brazen that threat was,” Heinemeier Hansson told The Verge. “I thought you were supposed to wrap the threats in euphemisms or something. But it was pretty clear.”

Hansson pointed out that it was “bold timing for Apple to take a strong stance,” because on Tuesday the EU announced that it was not opening just one, but two antitrust probes into Apple App Store practices. On Platform De.Central, we constantly cover antitrust cases as part of our on going series “In the Land of Trillion Dollar Goliaths,” where we have covered Amazon, Facebook, Microsoft, Google and yes Apple.

Related Reading: In the Land of Trillion Dollar Goliaths

As Apple moves to offer more and more “services,” Apple may look at 3rd party services like Hey as competitors. Just imagine if at WWDC Apple ended up unveiling a premium email subscription service, what would we think of Apple move to lock out Hey’s new email app?

Hansson said “If we can’t have Hey on iOS,” he said, “we’re nowhere. We have to be on the biggest platform in this segment, and Apple knows that.” Hanson went on to say that “You listen to some of these app developers, and they sound like hostages,” Heinemeier Hansson said. “They sound like they’re reading a prepared statement, because otherwise Apple could hurt their business. Which is true! Even if it goes away for us, this is still a systemic story of abuse,” Hansson said. “I think this is where we need this kind of systemic reform that hopefully the EU is pushing.”

“There is never in a million years a way that I am paying Apple a third of our revenues,” Hansson said. “That is obscene, and it’s criminal, and I will spend every dollar that we have or ever make to burn this down until we get to somewhere better. “

If you want to help in this fight, subscribe to receive the latest news on subjects like this and more. If you want to download the Hey app before it gets removed, hit up the link above.

In the Land of Trillion Dollar Goliaths | Apple is the gatekeeper