Dirt 5 developer on on Xbox Series X , "I was shocked at how quickly we could hit 120fps!"
Advertisement 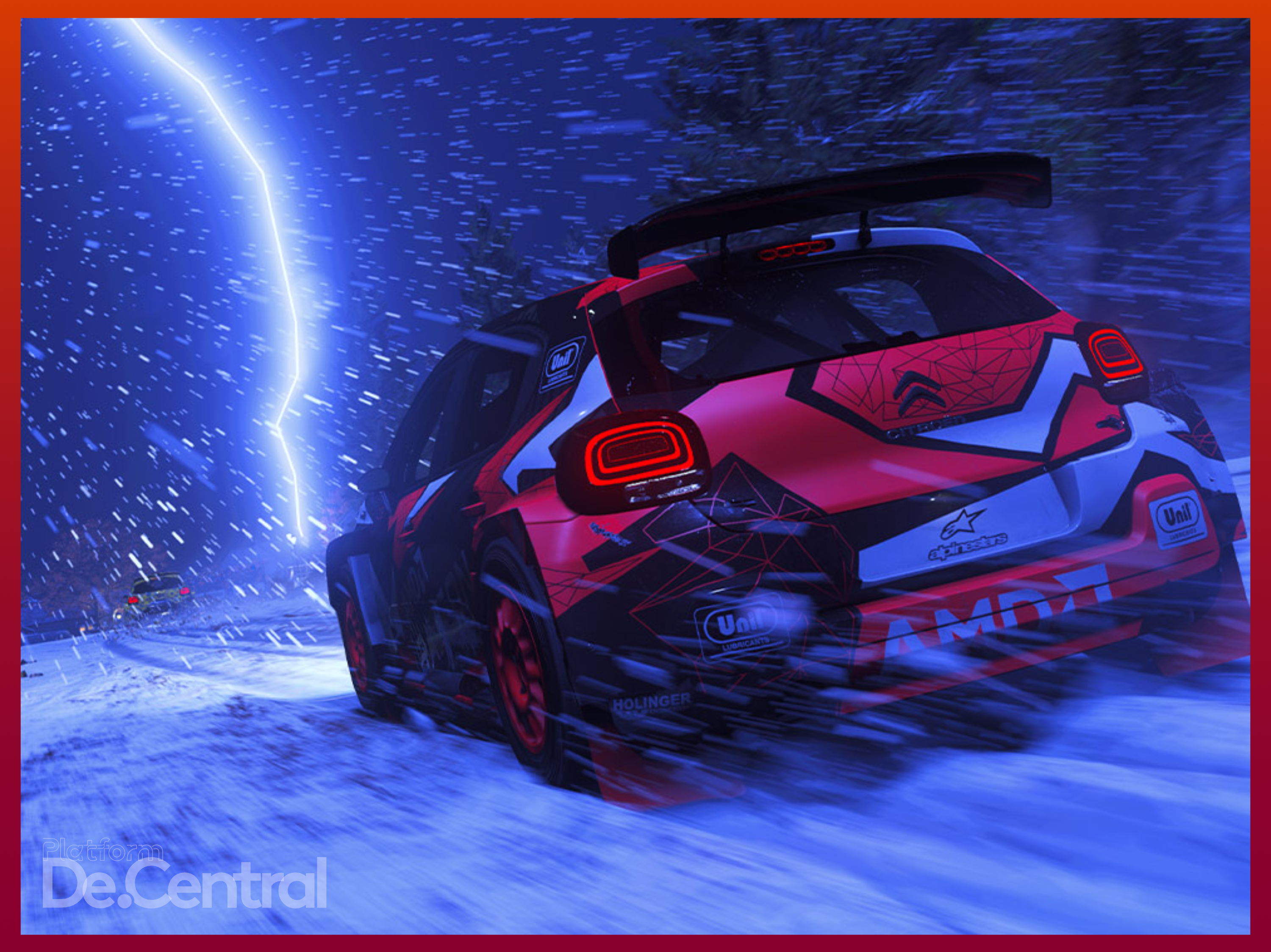 Dirt 5 is one of the most exciting racing games available for any platform and today Microsoft posted an interview with David Springate, Dirt 5 Technical Director.

Q: “What excites you most about developing and bringing Dirt 5 to life on next-generation hardware?”

A: Xbox Series X has a whole host of exciting new features, so it’s hard to choose from them all!

Dirt 5 is a beautiful, fast, action-packed amplified off-road racing game and so being able to play it with options for 120fps on Xbox Series X is incredible.

But Dirt 5 is also a very social experience. I can’t wait to see the beautiful screenshots users are going to post on Xbox and social media, using the new share button on the Series X controller, captured using our fantastic Photo Mode – I’m really looking forward to all the pictures people will take of lightning! These shots are going to look incredible on Series X, its RDNA 2 GPU is going to enable us to turn all the features up to 11 – and there are some extremely talented game photographers out there, I’ll be keeping an eye out!

Q: In addition to benefiting from the power and performance of Xbox Series X for quicker load times etc. what Xbox Series X features were you most excited to explore leveraging in the development of Dirt 5?

A: I love that features like the fast SSD and the ray-tracing capabilities of the GPU are some of the more talked about but I am very impressed with the power of the new Zen 2 based processor.

The CPU is very powerful – and its simultaneous multi-threading is very impressive! We’re used to dealing with the concept of running multiple threads on PC CPU cores and sharing the resources of that processor across multiple threads but actually, the SMT in the Series X processor is far more capable than usual CPUs. We found that the Dirt 5 engine was able to easily make great use of this and sprang to life across the 16 hardware threads available to us on Series X.

Q: How will these enhancements impact a player’s experience with Dirt 5?

A: Some people have a misconception that frame times and performance are limited to just how fast your GPU is, but CPU performance is obviously critical too, it would be no good if you had a GPU that can render beautiful visuals at 4K at 120fps if you don’t have a CPU that can generate enough frame data to render that quickly on the GPU. A powerful GPU needs a powerful CPU to back it up and Xbox Series X delivers this. Being able to spread more work across all those cores, in a scalable engine like the one we have at Cheshire Studio means that we have more CPU time left to spend on improved physics, lower latency input, AI updates – we’re able to deliver more than we could before.https://www.youtube.com/embed/QZE10x5WJXg?version=3&rel=1&fs=1&autohide=2&showsearch=0&showinfo=1&iv_load_policy=1&wmode=transparent

Q: Why did your development team choose to focus on 4k resolution and 120fps as enhancement areas for Dirt 5?

A: Framerate is obviously key in a racing game. You get a stronger sense of speed and responsiveness at higher frame rates. 120fps seemed crazy to me at first, when Xbox told me that Xbox Series X could support 120fps, I thought “Sure, for something a little more simple perhaps… Perhaps a simple arcade game or something…”

We chose to support high frame rates because simply, the power of Series X meant we could. It’s such a great, smooth experience – I hadn’t experienced another racer like it.

Q: How do you expect fans of Dirt 5 will respond to playing it on Xbox Series X with these enhancements?

A: On launch day, I’ll be booting up my Series X (*cough* You’re sending me one, right, Xbox? *cough*) and jumping online to play Dirt 5 with the fans. I can’t wait to hear what they have to say.

As gamers, we’re at a place where players know that there is a significant difference between 30fps and 60fps.

Sometimes, this is a choice for players, a compromise of whether they want the game to feel great or look great.

For Dirt 5, the power of Series X means that the game looks incredible at 60fps – you’ve seen it, it looks fantastic – but we’re also able to offer amazingly smooth, responsive gameplay at 120fps while still looking gorgeous.

Q: What is it like developing on Xbox Series X?

A: Transitioning development to a new console platform, like Xbox Series X, is usually very painful. You have to deal with new tools, new workflows, new ways of thinking.

This time around the team at Xbox brought me a new toolset called the Game Development Kit, which they already had up and running on Xbox One.

This meant that we could make the transition much earlier. In fact, we started doing the groundwork for Xbox Series X development long before we even received the hardware. This kind of thinking from Xbox allowed us to get a real head-start on next-gen development, so after receiving our early Xbox Series X hardware, we were up and running really quickly.

For me, the most important thing in making a videogame is the relationships. Working with Xbox, is a partnership – the team at Xbox is committed to helping us make a great videogame and they’ve shown that to me again and again. That means being open and honest about our experiences; what we’ve loved and perhaps even what we’ve found difficult in development has had meaningful, visible impact on the updates that I get for the tools for Series X. (Shout out to our development partner at Xbox, Richard Hackett! Thanks Rich!)

I’ve never worked on a console launch where, while we’re still months away from release, the tools have been this mature, this stable, this easy to work with.

Q: Which enhancement were you most excited about to explore leveraging for Dirt 5 on Xbox Series X?

A: Obviously, that SSD drive is incredible. It’s not like a PC SSD, it’s more than that. Being able to load data so ridiculously fast is not only really impressive but as a developer, it’s very interesting.

For Dirt 5, we’re going to be able to get into races super fast. It means no loading screens getting in the way, no dawdling, no looking at my phone, it means that the action will be non-stop.

In the future, I’m really excited to see how this technology is going to change the face of videogames because I really believe it will.

Q: What does Smart Delivery mean for your game and how you’re bringing Dirt 5 to fans?

A: We’re gamers at Codemasters. Charging our players more to play a game they already own, on a new console, seems crazy to us.

Equally, I like playing on my Xbox One S upstairs in my house and I expect that games I play on Series X should be playable upstairs too. That just seems natural to me, I want cost and purchases to get out of the way and not stop me playing a game I’m enjoying.

Smart Delivery means your games come with you to every Xbox One and Xbox Series X console you own. If you buy Dirt 5 on Xbox One, you get the Series X version for free when you buy your new console. Or buy it on Xbox Series X on the day of release and have it available to still enjoy on your Xbox One X when you’re playing there.

Smart Delivery allows you to play Dirt 5 wherever there’s an Xbox and that’s what I want – more places for you to play!

Q: What does Xbox Series X/next-generation development enable in current or future projects that you could not have achieved with the current generation of consoles?

A: There are loads of things for us to still explore in the new hardware but I’m most intrigued to see what we can do with the new SSD drive and the hardware decompression capabilities in the Xbox Velocity Architecture.

The drive is so fast that I can load data mid-frame, use it, consume it, unload and replace it with something else in the middle of a frame, treating GPU memory like a virtual disk. How much texture data can I now load?

I’m looking forward to pushing this as far as I can to see what kind of beautiful experiences we can deliver.

I love exciting new hardware that changes the face of videogame development and that’s exactly what Series X is. I’m looking forward to where we’re all going to go from here!

David Springate had a lot of great things to say about Xbox Series X and his impressions speak volumes about the power and features Microsoft’s next-gen super console will deliver this holiday season.