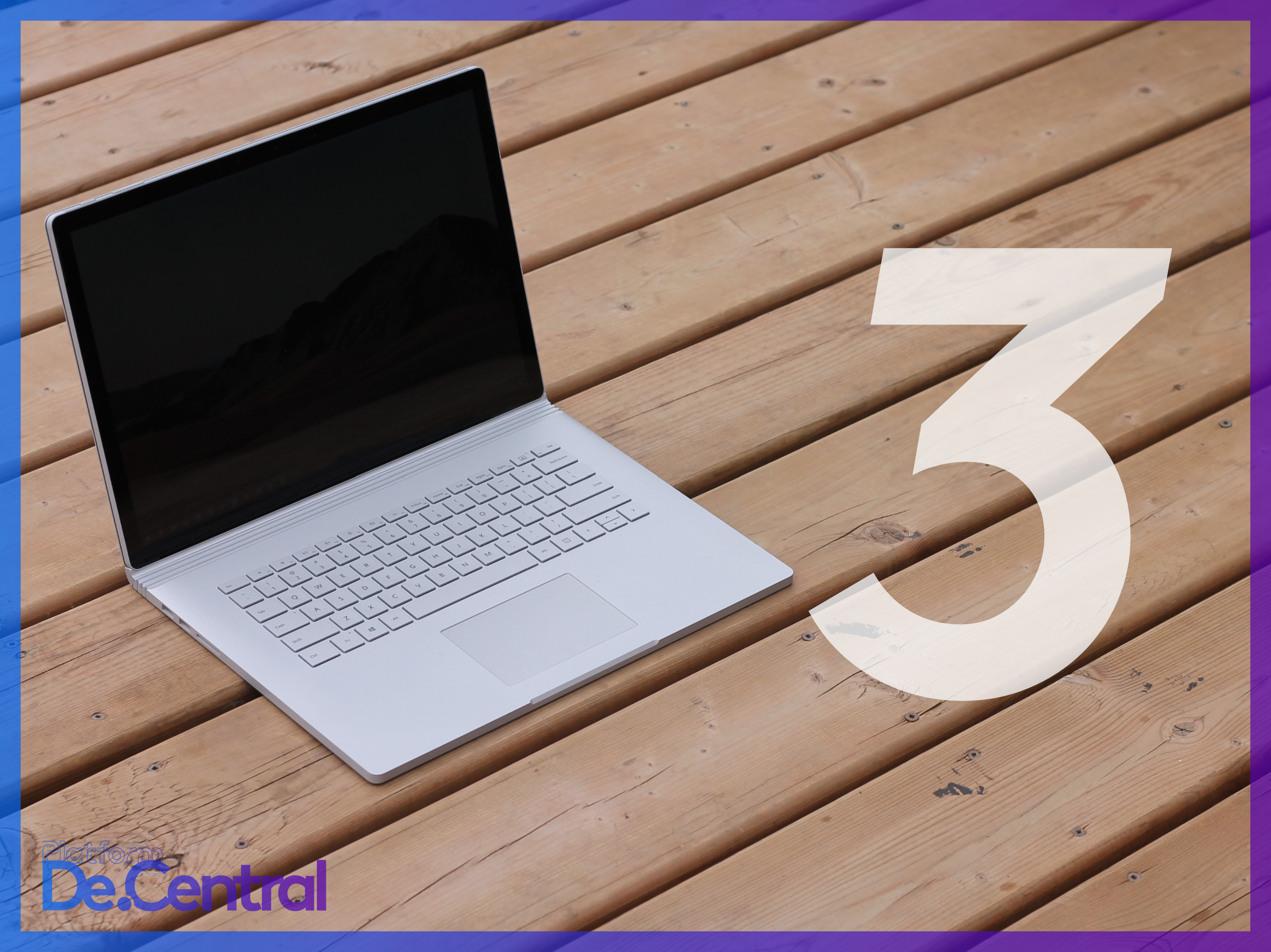 When the Surface Book first arrived on the scene back in October of 2015, our only notion of what a Surface looked like was a Surface with a kickstand. The original intro video showed the display detaching from the keyboard, it blew our socks off. At 13.5 inches, the Surface Book was Microsoft’s largest Surface.

Then came along the Surface Book 2, Microsoft offered for the first time a 15″ model alongside the 13.5″ model. It also added USB-C, along with internal hardware upgrades. The 15″ model offered the largest and highest resolution display on a tablet at 3240 x 2160 pixels. The 15″ Surface Book tablet really is a sight to behold.

Surface Book 3 is Microsoft’s most powerful Surface device, with configurations packing up to an Intel Core i7, 32GB of RAM, 2TB of Storage and up to NVIDIA Quadro RTX 3000 graphics.

The original Surface Book and today’s Surface Book are basically the same design, which adds value to the design itself, timeless if you will. Microsoft decided to create a detachable laptop, so the user would not have to choose between a laptop, tablet or a heavy un-detachable convertible laptop.

Microsoft’s solution to get into digital sketching mode is to hold a button down on the keyboard until the UI on the screen says it is unlocked, also you can hear when it is unlocks. The reason why you have to unlock it this way is because there is an NVIDIA graphics card inside of the keyboard base. Normally detaching a GPU from a computer would require you to turn it off, not so with Surface Book.

The use cases for the Surface Book are digital sketching, hardware intensive professional tasks and gaming. Surface Book’s convertible nature enables a variety of modes to suit any task. When you detach the tablet, you can lay it down flat by itself and sketch or re-attach it backwards, fold it down and sketch on it at a very low angle.

A more elegant solution to get into sketching mode would be a 360-degree hinge, but would result in a heavy tablet. The 15″ Surface Book 3 tablet is just 1.59 lbs. Surface Book has many angles that the tablet can be positioned at when attached, but the wobble creates a drawing surface that is unstable, so you will find yourself sketching at its lowest angle, like in the image above.

Surface Book 3 has made significant improvements to every part of the internal hardware, making it even more compelling in 2020. Even with so many calls to rid the Surface Book of its Surface Connect port in favor of USB-C, Microsoft added USB-C to the second generation while retaining Surface Connect.

Surface Connect enables a connection to Microsoft’s Surface Dock and Dock 2. The second-generation Surface Dock packs 4 USB-C ports, one ethernet port, a headphone jack, Two USB-A ports, a Kensington lock and a barrel connector for the Surface Dock’s own power cable. Surface Connect is a magnetic connector that will detach from the connection when tension is applied. So, if you trip on your cable you won’t pull your laptop off your desk.

The Surface Book 3 doesn’t live in a vacuum, the people that buy this will be looking at other high-performing, well-designed laptops like Apple’s 16″ MacBook Pro.

Surface Book 3 offers a touchscreen that detaches to give you a very large tablet that is great for watching movies and sketching with, whereas the 16″ MacBook Pro does not, if you want an Apple tablet you have to buy an iPad. Good luck finding an iPad as large as the 15″ Surface Book tablet.

After reviewing the specs side by side for the 15″ Surface Book 3 and Apple’s 16″ MacBook Pro we can see that the 16″ MacBook Pro offers a more powerful processor options for only $100 more. Microsoft is still using 15W Intel processors, even though Apple is utilizing 45W Intel Core processors. Microsoft does offer great graphic performance in the NVIDIA GeForce GTX 1660 Ti with Max-Q or the NVIDIA Quadro RTX 3000, so depending on your needs one factor could trump the other. The capability to sketch on the Surface Book is create for digital artists and designers alike, in order to have the same experience with a MacBook you would need to buy an additional $999, 12.9″ iPad Pro.

Microsoft’s 3rd Generation Surface Book is more of an iteration, a refinement if you will. There is no question that Surface Book 3 is a kick ass laptop with the added benefit of having a detachable tablet for a display, especially a 15″ one! The key travel is superb, it has a unique look all unto itself, it can handle intensive CAD and Video applications with ease and AAA game titles, albeit at moderate frame rates.

The decision on whether to get this over other laptops on the market is going to come down to a number of elements. Do you value the timeless design where your Surface Book looks cutting edge even when it is one or two generations old unlike many other PC OEM’s? Do you value the detachable tablet feature? Each one of us have different needs and value different things over others, so it will come down to have you see Surface Book 3 fitting into your life.

What are the deciding factors for you? Let us know in the comments.