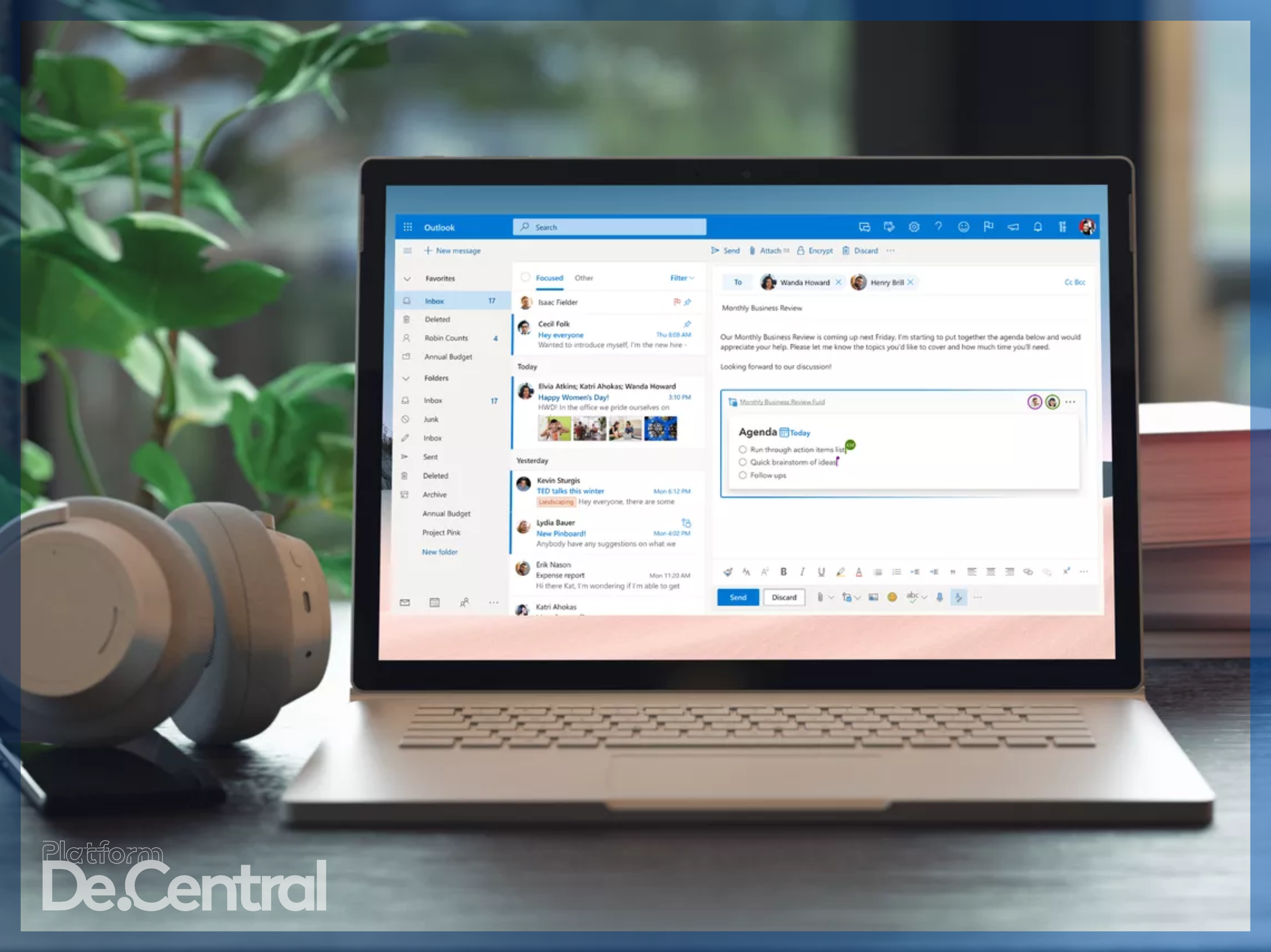 Microsoft calls this a Fluid Office document, one that can be edited in real time by anyone with access to it. One where you can create a table without having to jump between apps, that table can then be used and edited by anyone.

“Imagine you could take those Lego pieces and put them in any place you wanted: in emails, in chats, in other apps. As people work on them, they will always be updated and contain the latest information.”

We know what you might be thinking, this is basically Google Docs right? Well, Yes and no.

Microsoft is attempting to move beyond the old ideas of creating and saving documents. We are so used to finding the right app for a particular task and then performing a task saving it and then sharing it to other people. Microsoft is again meeting Office users where they are with meeting them where they are working on documents.

“It’s about helping people achieve a particular task. It’s not about requiring them to decide ‘Which app do I go to?’ or ‘Which document do I get back to?”‘

The ‘Fluid Components’ are designed to make charts, tables and lists feel alive and always editable, no matter where they are created. Even if that ‘Fluid component’ is pasted into a document, it won’t just be static and stuck, it will be alive and editable by everyone and you can see edits happen in real-time. This ‘Fluid components’ can even live in an email chain or in apps like Microsoft teams, hopefully 3rd party apps as well.

“Unlike a document, I like to think of a Fluid component as a little atomic unit of productivity. That Fluid component is rendered entirely in-line in an experience in which it’s embedded.”

Microsoft sees Fluid as key to the future of productivity and an entirely new way to collaborate that goes beyond Google Docs or the company’s own existing Office.com work.

Fluid is so fast, users can edit just one component or an entire workspace full of Fluid components, all in real time. “A lot of what’s gone into Fluid is the concept of being freaky-fast,” explained Jon Friedman, corporate vice president of design and research at Microsoft. “It’s truly real time for 5, 10, 15, or 100 people to do things at the same time.”

Microsoft says Fluid is coming to Office.com in the coming months in preview. Fluid components will be in outlined, which will indicate they are alive wherever you use them. Microsoft says Fluid will gradually pop up in Office.com, Outlook on the Web and then Microsoft Teams later this year and then starting in 2021 it will show up in the desktop versions of Outlook.

“Fluid for developers is a web-based framework that you can use to instantly make your apps collaborative,” explains Spataro. “It provides data structures that perform low-latency synchronization. Those data structures connect between themselves with a relay service, and that relay service is designed to connect endpoints.”

In other words, developers can use Fluid to replace static components in their apps with something that’s synchronized with everyone in the app.

“The future of productivity will not be invented by a single company — not by Microsoft, not by any of our competitors. It will be invented by the world,” declared Spataro. “It is our desire to enable that future to be invented and to participate in that. We think that’s the way to go forward, and that’s the model that will work.”