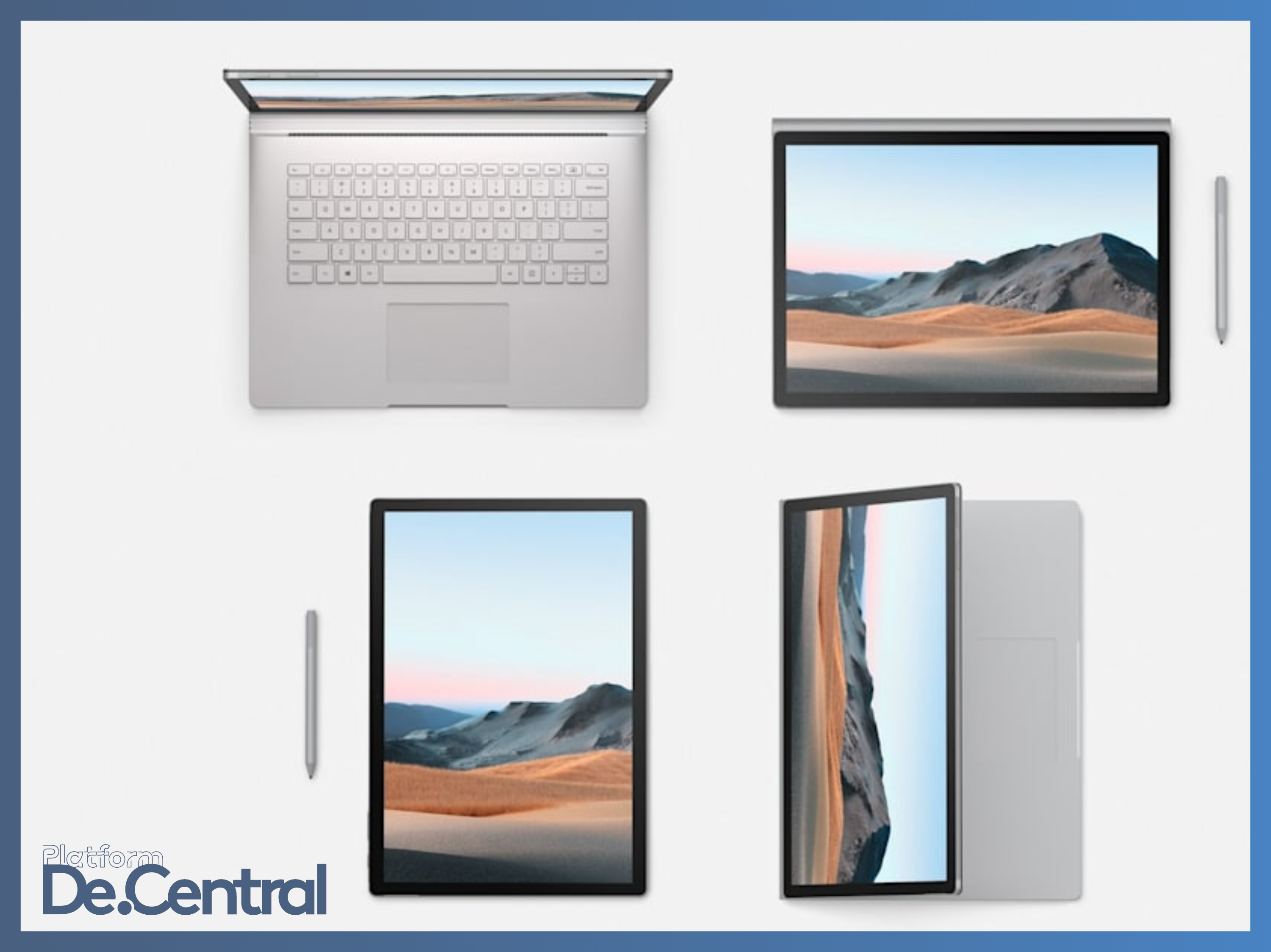 Surface Book 4 | The case for a new design approach

Yesterday Microsoft announced a number of refreshed Surface devices like Surface Go 2, Surface Earbuds, Surface Headphones and both Surface Book 3 models. Today we will make the case that Microsoft should adopt a new design strategy for Surface Book 4.

When the Surface Book first arrived on the scene back in October of 2015, our only notion of what a Surface looked like was a Surface with a kickstand. Microsoft marketed them as “A tablet that can replace your laptop,” so when the company introduced their first laptop called ‘Surface Book,’ many of us just asked “why?”

The original Surface Book and today’s Surface Book are basically the same flawed design. Instead of retaining the kickstand somehow, someone decided to create an overengineered convertible laptop. I just mentioned that the Surface Book design was flawed, the flaw is that it is over engineered for the laptop use case.

Microsoft’s solution to get you into digital sketching mode was for you to hold a button down on the keyboard until the UI on the screen said it was unlocked, also you can hear when it is unlocks. The reason why you have to unlock it this way is because there is a NVIDIA graphics card inside of the keyboard base. You cannot just quick disconnect a graphics card, so Microsoft has to spend a lot of time engineering this capability into the final product. If it were just an extra battery, additional ports and keyboard you would not need a software+hardware dependency to detach the tablet from the keyboard.

So why did Microsoft think they needed to detach the tablet? The use case I mentioned above was for digital sketching. When you finally detached the tablet, you could lay it down flat by itself and sketch or re-attach it backwards, fold it down and sketch on it at a very low angle. A more elegant solution to get into sketching mode would be a 360-degree hinge. The Surface Pro series enables far more angles than the Surface Book’s design does. Yes, the Surface Book has many angles that the tablet can be positioned at, but the wobble creates a drawing surface that is unstable.

After reviewing the specs from both the 13.5″ Surface Book 3 and the 13″ MacBook Pro we can see that for $300 less, you can get a more powerful machine with Apple’s new 13″ MacBook Pro.

After reviewing the specs side by side for the 15″ Surface Book 3 and Apple’s 16″ MacBook Pro we can see that the 16″ MacBook Pro offers a more powerful machine for only $100 more. Microsoft is still using 15W Intel processors, even though Apple is utilizing 45W Intel Core processors. If Microsoft wants these two machines to compete, then Microsoft needs to offer a more comparable package. If the thermals are just too much for the tablet part then Microsoft should adopt a new strategy for Surface Book 4.

To recap, we have identified that Microsoft needs to utilize 45W Intel Core processors in its Pro-level laptops to better compete with Apple’s MacBook Pro line. We also recognize that this may not be possible if Microsoft is to keep the detachable tablet feature because of thermal constraints. By Microsoft’s own emission, most people do not detach the tablet from their keyboard. Since the sketching use case is still a powerful one then how can we both retain the flexibility of a convertible laptop and also make it more powerful?

The solution is a design similar mechanically to Acer’s ConceptD 7 Pro and ConceptD 9 Pro. The display portion looks like a Surface Pro, it even has a kickstand, but the kickstand is attached permanently to the keyboard base. This design approach moves the processor into the base, thus simplifying the design and reducing thermal load behind the display. With the new thermal headroom Microsoft can now add the 45W processors to the package.

Clearly Acer’s design is clunky looking but mechanically would work great. It already kind of looks like a Surface Pro sitting on top of a laptop keyboard, just try imagine simpler lines and the platinum gray or maybe even black.