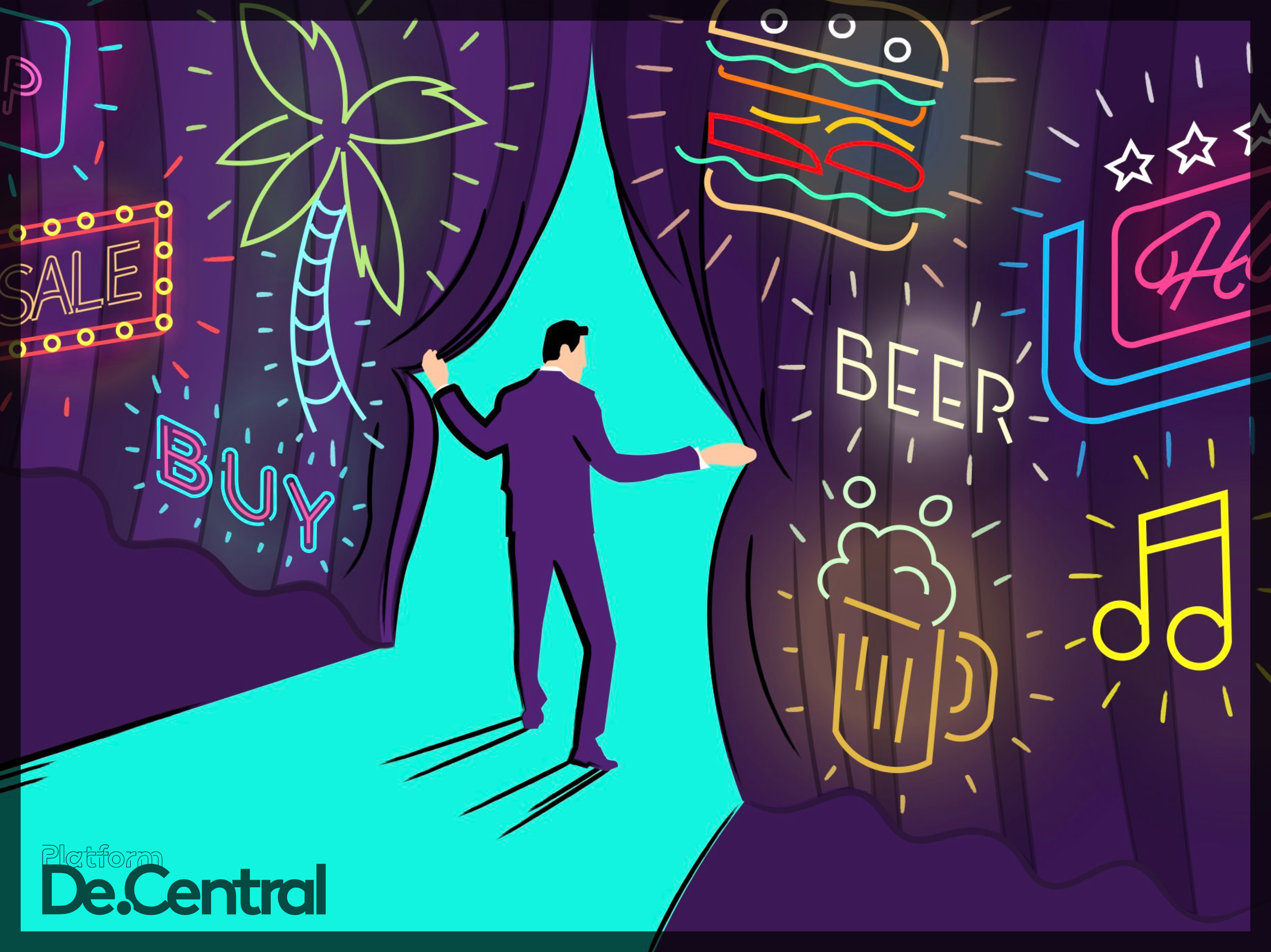 Scroll | “To make the internet not suck”

Do you hate ads? Of course you do, we all do. Not only do they clutter web pages, but they also allow 3rd parties to track your online activity. If you are hearing this for this first time then you may feel like Ron Swanson from Parks & Recreation when he found out about how ads tracked him.

Its all about a “Better Web”

Here on Platform De.Central our mission is to be the voice of David In The Land of Trillion Dollar Goliaths. We promote healthy market competition. We absolutely hate lock-in and artificial barriers, these two things have stifled so much innovation in the industry, to the detriment of consumers. We don’t play favorites, we are not about one platform here, we will not only talk about Apple, Microsoft, Google, Amazon and exclude others, that only makes Big Tech, Bigger.

What if you had access to the best journalism on the web from one place and not only that, what if when your visited those sites you were not tracked and you were never shown another ad again? Media analyst Ken Doctor calls it the “iTunes for news.”

“Your money is only distributed to the sites you go to and love,” Tony Haile, CEO of Scroll said. The more time you spend on your favorite sites, the more of your subscription you are giving to your favorite sites. Scroll came from the desire to help identify a sustainable business model that supports journalism while removing the digital clutter that can annoy readers and trackers that track your online activity across the web.

The bi-product of this approach is that the websites you visit are 80% faster with less visual clutter, who doesn’t want a that.

You saw what it looks like above now this is how it works below.

How does it work?

Log into Scroll, its sets a cookie, now with that cookie every site you visit sees that cookie and doesn’t serve you Ads. Yes that is it, simple huh. You might be saying, I thought cookies were bad? Well in this case, Scroll’s cookie is your pal, the pal that blocks all Ads and trackers for you. Any device you log into Scroll will block ads and trackers, if its got a web browser then you can use Scroll.

Why not just use an Ad Blocker?

Ad blockers have been wildly popular because they provide a free way to block Ads. Is that the end of that story, not by a long shot. In 2015 a report from the Financial Times showed that Big Tech companies like Google, Amazon and Microsoft were paying Ad blocking companies to get added their their ‘whitelist’ which then can bypass their Ad Blocker.

Senator Ron Wyden of Oregon wrote in a letter to the Federal Trade Commission asking Chairman Joseph Simons to open an investigation into the “entire Ad blocking industry.” He also stated that any company that accepts payment from another company so that it can be whitelisted should be more transparent with its users.

Adblock Plus was specifically called out by name because in 2016 they started allowing some “Acceptable Ads” to be surfaced to users. So even if you use an Ad blocker you may still see Ads and Ad blockers to nothing to keep 3rd parties from tracking your activity.

Can I keep using my favorite browser?

FireFox recently rolled out an add-on called ‘FireFox Better Web with Scroll’ in partnership with Scroll as both Mozilla (FireFox’s parent company) have similar missions of protecting user’s privacy and making a better web.

All Chromium based Browsers like Brave, Vivaldi, Edge, Chrome and others are supported. Safari requires the Scroll extension.

What does a Better Web cost?

A Scroll subscription normally only costs $5 per month. If you sign up right now, you will get the status of a Founding Member and get 50% off ($2.50/month which is equal to $15 for 6 months) for the first six months.

I think we can all say that our privacy is worth the cost of one cup of coffee per month right or in the case of the limited time offer, half the cost of a coffee? Yes Definitely.

“The future of our industry is going to be based upon our relationship with our audience, how strongly we can build those bonds of affection,” Haile said.