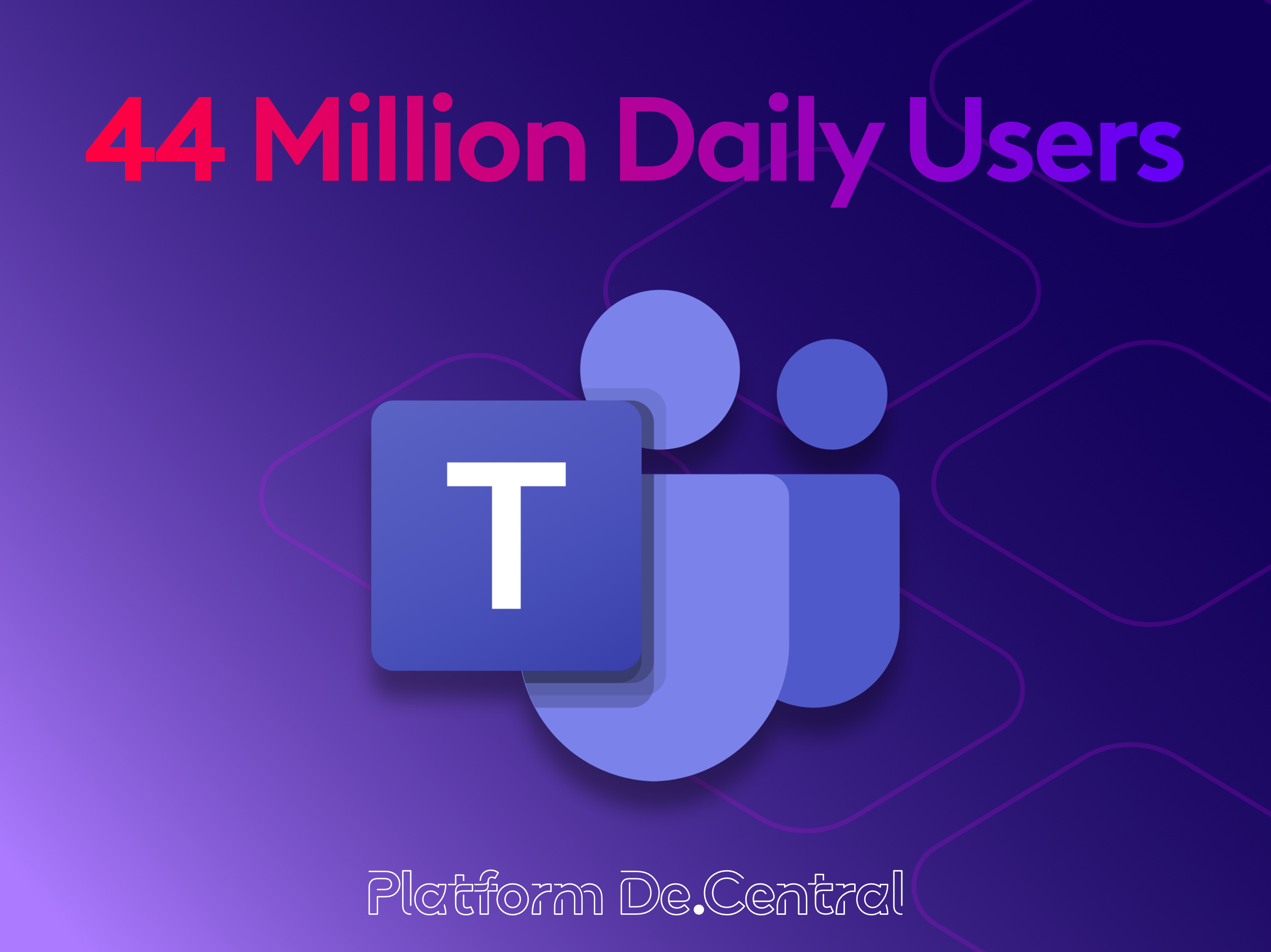 Microsoft Teams just hit 44 Million Daily Active Users three years after the service launched. Just as many of us were told to work and learn from home, Microsoft Teams saw a surge of 40%. Microsoft Teams is built into a Office 365 subscription. Yesterday we reported “Microsoft sees Zoom as a threat” Slack is also a major threat to Microsoft’s Office Domination.

Now that teleconferencing is the most important single software for everyone to use during life under Corona, Microsoft, Google, Zoom, Slack and others are focusing hard on these apps.

Microsoft is bringing some great new features to Teams which includes background noise reduction, great for your masking the noise from your family at home.