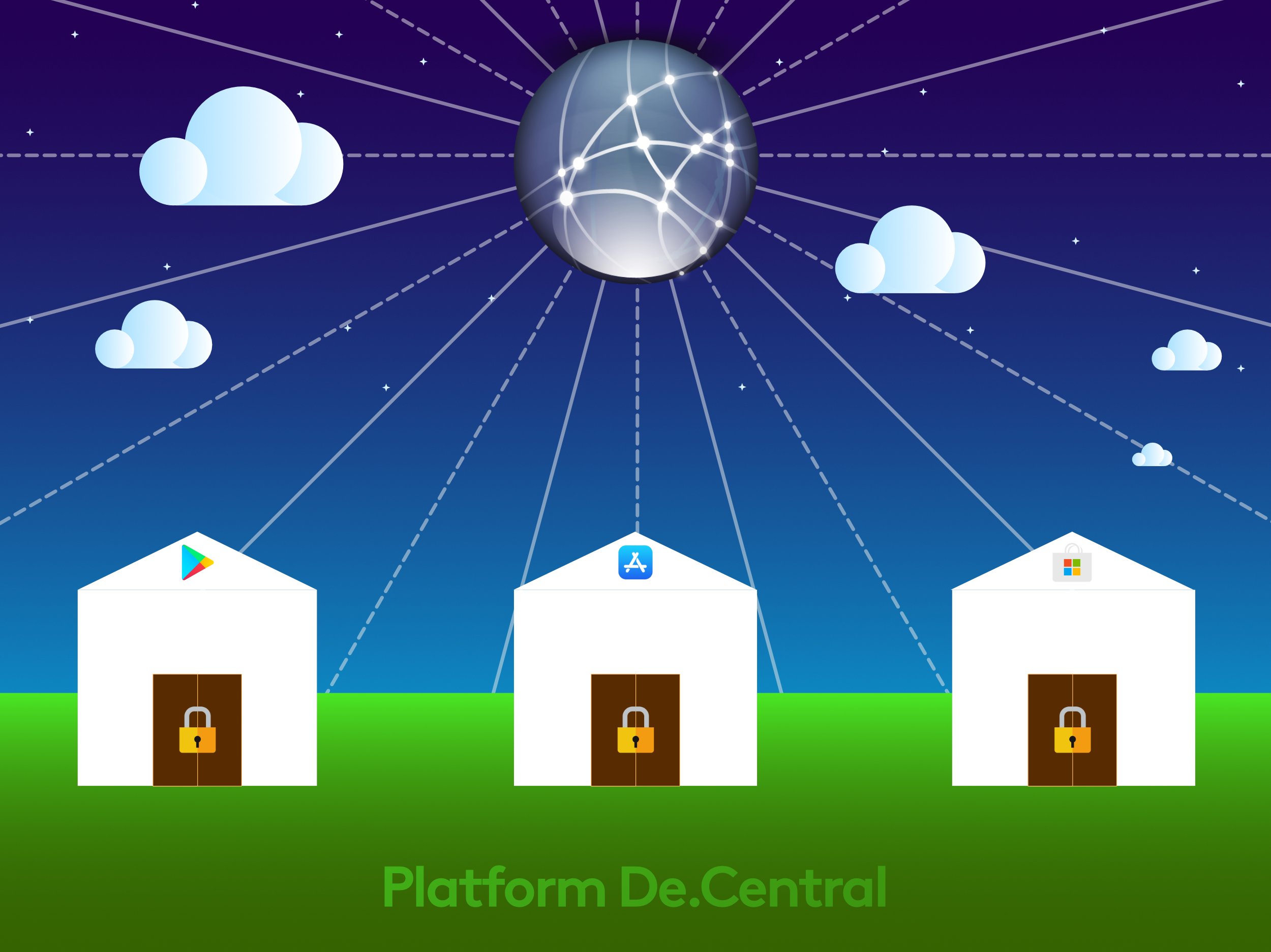 We have been retrained by Apple ever since the iPhone was released with its App Store in toe, to believe that going to Apple for our Apps was safer than going to the web. But is that true?

In this installment we will examine Application types, interoperability of apps, content distribution models past, present and future.

I am sure some of you are familiar with a few of these but let’s break them down for everyone else.

Right now we have two distinct mobile OS’s each with their enormous library of apps that are not interoperable with one another. If I wanted to download and install an Android App on my iPhone, it wouldn’t even recognize what kind of file it was let alone have a function to side load it (install manually). Android is based on the Linux kernel and iOS is a Unix based OS. So what’s the difference? Unix is a proprietary OS which means it is owned and controlled by one company. Linux is similar in a lot of ways except it was not meant to be commercially available, instead it would be available for free. While individual companies could own the rights to the various Linus distros (distributions), no one owns the Linux kernel.

In the desktop world you have a bit more diversity in operating systems. You have Unix operating system like MacOS, Solaris, BSD variations, HP UX and much more. MacOS is the most popular of the bunch, it was created during Steve Jobs’ Next computer years and when Apple brought Steve and his tech into Apple, Mac OS X was born shortly there after. The current MacOS is a direct descendant of the Unix OS found in Steve Jobs’ Next computers. MacOS has amassed a large arsenal of Apps available on the web and in its own App Store.

In the Linux realm you have Debian, Ubuntu, Mint, Elementary OS, Arch, CentOS, openSuse and much more because anyone can build their own Linux based OS as long as it is not for commercial distribution. The first Linux kernel was first released in 1991 by Linus Torvalds as a free operating system kernel.

In the Windows arena there is one current option, Windows 10. Windows 10 is a proprietary OS which started life as MS-DOS in 1983. Then in 1995 Windows 95 was released as its own operating system. With a vast list of compatible apps available on the web and a great library of modern, light weight apps available in its own App Store, Windows has maintained its dominance because its apps are backwards compatible and not compatible with competing OS’s.

None of these desktop OS’s apps are interoperable with one another which causes developers to either only choose the more popular OS or decide to double developer costs to build for another OS.

Web Apps will work on iOS, Android, Windows & Linux. PWA’s are like hybrid Web Apps, a part of the App is stored locally and is able to get notifications like a native app. Some great examples of PWA’s is Twitter’s PWA, you can find it here.

Before the internet, software was physically distributed via Floppy Disks and then later Digital Versatile Disks (DVD’s). You would either visit a physical store or order software over the phone. Back then large stores were the gatekeepers but at least there was more than one.

Before the modern App Stores, Applications (programs) were distributed via the internet. You would simply navigate to a website to download and install your desired app. This method isn’t without its own pitfalls though. What if someone created a website that would pose as a popular app website and when a popular search term is entered like ‘Firefox’ this fake site had a download button that installed a virus instead of the app you wanted in the first place. This exact scenario is what happened before the App Store days and still happens to this day.

Now in the modern age, we have App Stores that are owned and controlled by the platform owners. Apple, Google, Microsoft Amazon, Samsung and others. In the US the only two that have any major market share is Apple and Google. Because of this duopoly, the diversity that most recently existed in the mobile operating system market with Windows Mobile, WebOS & Blackberry OS has vanished. Only an OS with a large App Warehouse of the ‘right’ apps could survive.

Apple has tight control over app distribution to its iPhones and iPads. It essentially runs three App Warehouses, the iOS App Store, iPad OS App Store & Mac App Store. If you want access to Apple’s customers you have to submit your app to Apple’s App Stores then accept a 30% cut will be taken from your potential earnings.

The Google Play Store is similar in function to Apple’s, in that Google runs an App Warehouse called the Google Play Store following Apple’s lead. Android apps can also be downloaded via popular sites like apk-mirror.com then side loaded (manually installed) but you need to jump through a few hoops to do it.

Imagine Apps are just like movies for a moment… think about all the places you can shop to find movies, this is a healthier competitive market model at least compared to app store distribution. You can buy from many physical and digital stores to find the best price or buy from your favorite store based on your personal preference.

Now take for instance the ‘Movies Anywhere’ service (US only), once you buy a movie from a large number of participating digital stores you can then use the Movies Anywhere as a portable digital library for all of your movies to watch on any device. Now just imagine if I said that this could work for Apps as well. Yes, I know what some of you might be saying, this is not technically possible for certain reasons. But thus far all efforts on the part of the App Store owners have been made to protect the App Store model instead of subvert it to be more market friendly alternative that decentralizes market power.

The Next Internet App Distribution Model

But with modern web technologies and perhaps blockchain integration we could have a decentralized App Distribution model.

This model does not fix interoperability however. Right now Developers need to spend time and money making separate apps for each platform and only the biggest developers can afford to do that. Developers could use tools like Xarmin, which at least in theory, should only require minimal effort to create one App code base for all platforms.

Making an App that was designed for Linux to run on Windows, is probably the closest thing to reality that could happen in the near term because of Windows 10’s Linux sub system. Running Android Apps on Chromebook’s already happens. Running Android apps on Windows requires emulation.

Let’s talk about other ideas in the comments.

Check out our new App Gallery below. The App Gallery is being filled with App Links for recommended Apps, the links take you to the official downloads page for each App.