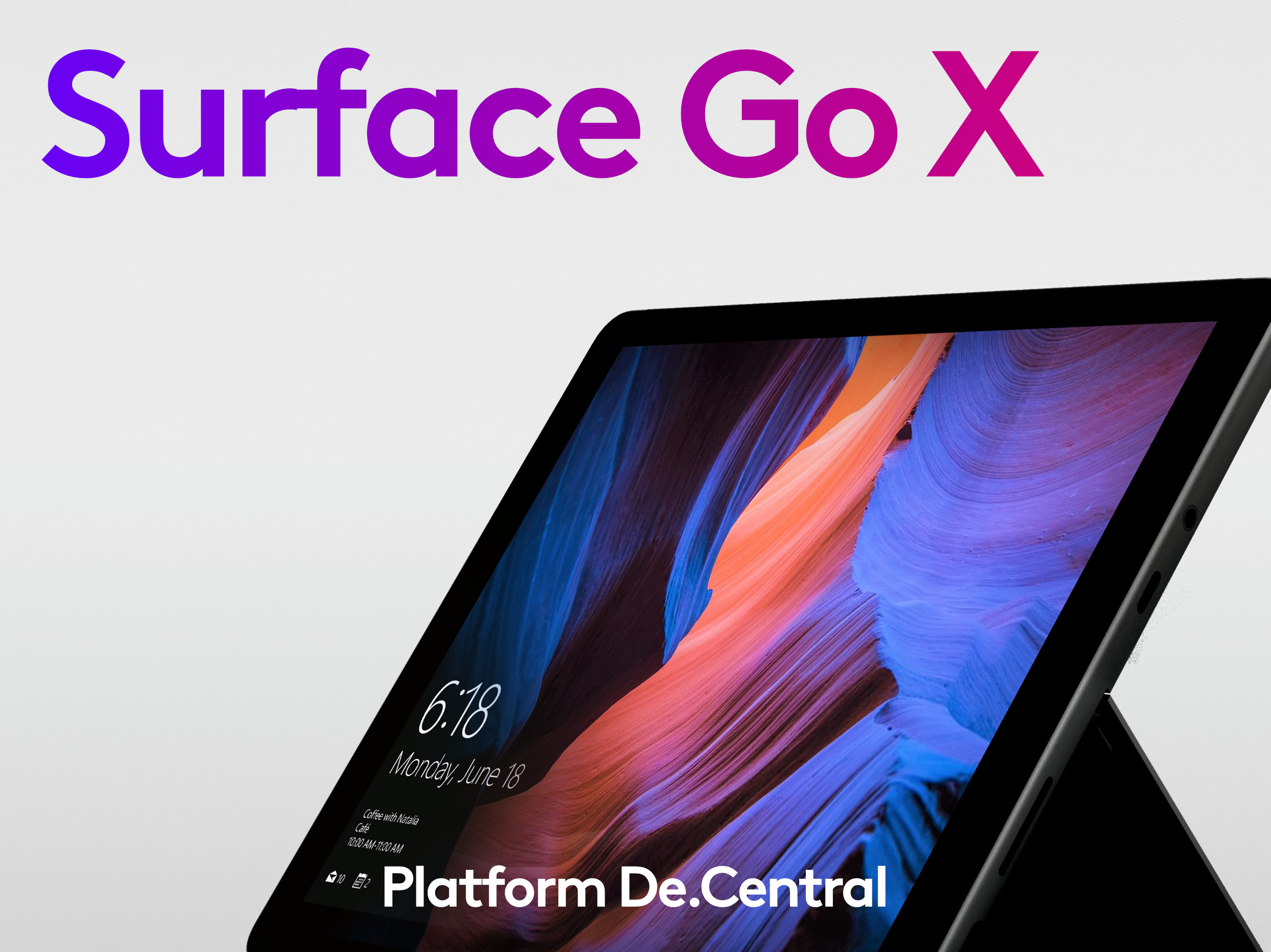 Qualcomm announced its 8CX, 8C and 7C mobile chips last year and this could be the year we start to see the broadband gap start to close with devices in the $200-$500 price range. Like a in-expensive Surface Go X.

Thus far most Qualcomm powered devices have started at a cool $1000. Devices from the HP Envy X2, Samsung Galaxy Book 2 and so on, while these are actually a great value, because you get a keyboard and pen bundled together, they are still at a price price point that are out of some people’s reach.

Microsoft recently launched its own Microsoft SQ1 powered Surface Pro X that is one of the most talked about new PC’s this year. But again it starts at $1000 without a pen and keyboard, which is another $270.

Microsoft is slated to release its successor to its best selling Surface tablet the Surface Go. A render of a Surface Go X and a few specs has surfaced online, which could point to an imminent announcement of the Surface Go X along side the Surface Go 2 this spring. The rumored price for the Surface Go X is also interesting, it is said to be starting at $329 without the keyboard accessory in the base configuration.

The current Surface Go starts at $399 but the lowest priced iPad starts at $329. So it would appear that Microsoft is ‘Go’ing after the iPad with the Surface Go X. The specs that have leaked are said to be another Microsoft branded processor based on the Snapdragon 7c, but no word on the name of the processor, it will have 4GB of RAM and start at 64GB of Storage in the base unit. The display is still the same Pixel Sense display at 1800×1200 pixel resolution.