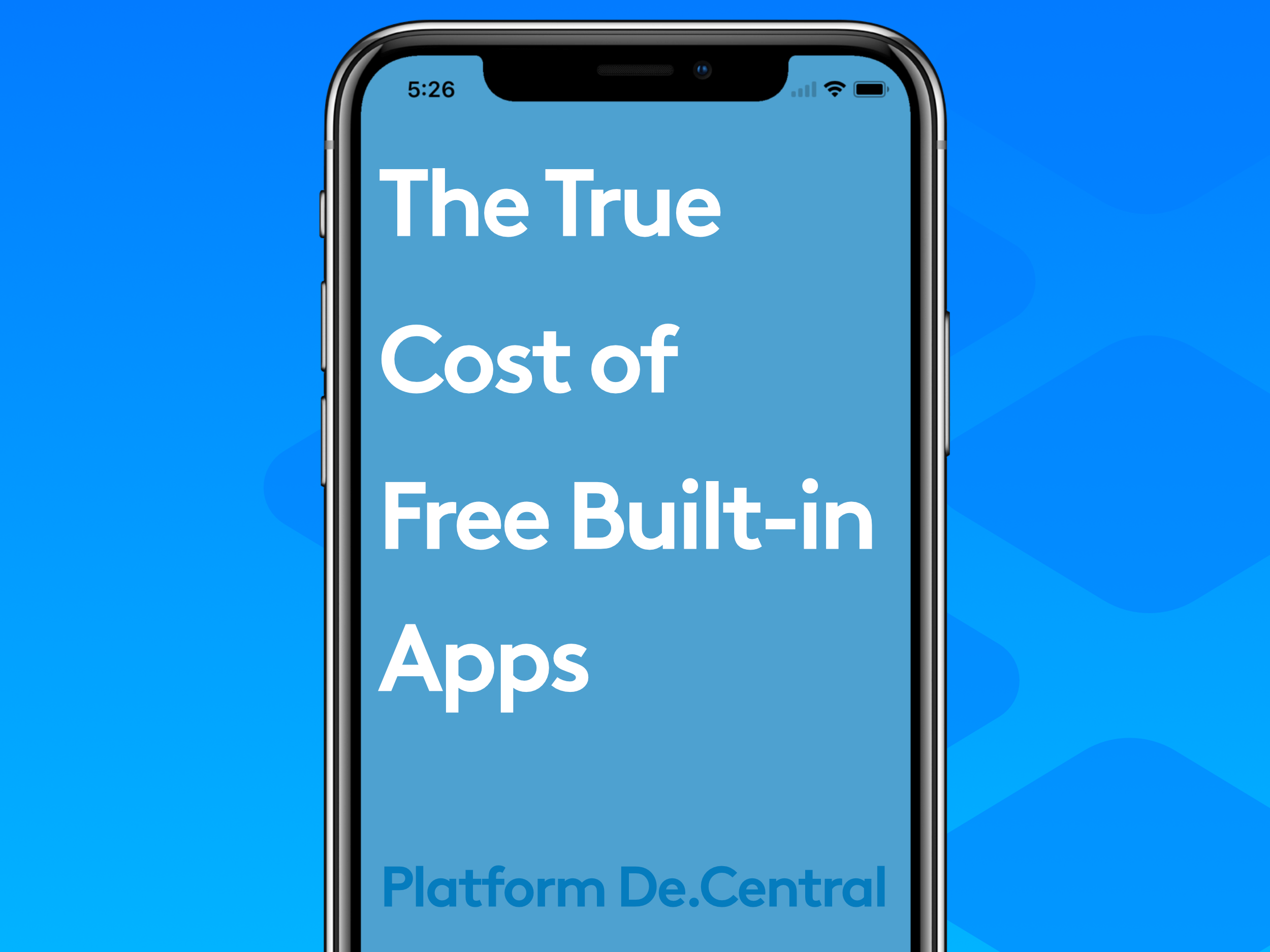 Free built-in apps that come pre-installed on devices like, Phones, Tablets, PC’s are free and generally good enough apps. For most people, the built-in apps are sufficient and give little reason to delve into their respective App Stores to find alternatives. When the Hardware, Operating System and Apps are all made by the same vendor you either chose that based on is merits or the choice was already made for you.

There is no-doubt that when the Hardware & Operating System are built together there can be major benefits to the consumer through power efficiencies and sheer compute power, just look at what Apple has managed to accomplish with iOS. But when the hardware and OS are developed apart, the side benefit is hardware diversity and innovation. The App Layer is also where a consumer get to exercise their market choices, but sometimes your choices are limited or hidden away by the Platform Owner for self serving reasons and this is what we call “The Illusion of Platform Choice.”

I recently visited my In-Laws and I attempted to explain what it is I right about on Platform De.Central. So I started with ‘We examine Platform Choice, Data Privacy & Platform Agnostic Apps’, to the uninitiated this can be confusing. Most of the public that buys tech devices, doesn’t think about the apps on their devices or even download apps at all.

I used analogies to explain the subject matter of Platform De.Central. I told my Father-In-Law that ‘On your iPhone, there are built-in apps like Safari, Email, iMessage and so on’, he could follow that so far. ‘Those Apps are generally good Apps’, he interjected that ‘he doesn’t download apps, citing that he doesn’t even keep payment details on his phone.’

I pivoted based on his interjection ‘Well you are a prisoner more than most than, even though you are unaware of the walls around you’, I started to feel like I was choosing the wrong analogy. I then started to say ‘even though the built-in default apps are free, your potential market choices are being suppressed, because there is only one store in town. That store makes it really easy to find their own branded products but puts products from other brands in the back of the store.’ This analogy was the key to his understanding on what I was writing about.

Apple (and others) know that people like you make up the majority of consumers, because Apple & others give you their own apps that are good enough, you don’t have much reason to seek out alternatives and exercise your market choices.

I then started to talk about Alternative Apps that he is missing out on. ‘I told him about alternative web browser options like Brave, Firefox and Edge’, email alternatives like ‘Edison Mail, Zoho Email, Canary Mail, Spike Email, Airmail, Spark Email’. Alternative Cloud providers like ‘Dropbox, Box, Tresorit, PCloud’, Alternative Maps apps like ‘Here We Go’ instead on Apple’s own Maps or Google Maps or even Waze (owned by Google).

For just the Apps I detailed above, which are the basic app categories, the minimal cost of the Free Built-in Apps is $410/year. Why not encourage a more market friendly choice by enabling the choosing of default apps during the setup process of your device, like the video below.