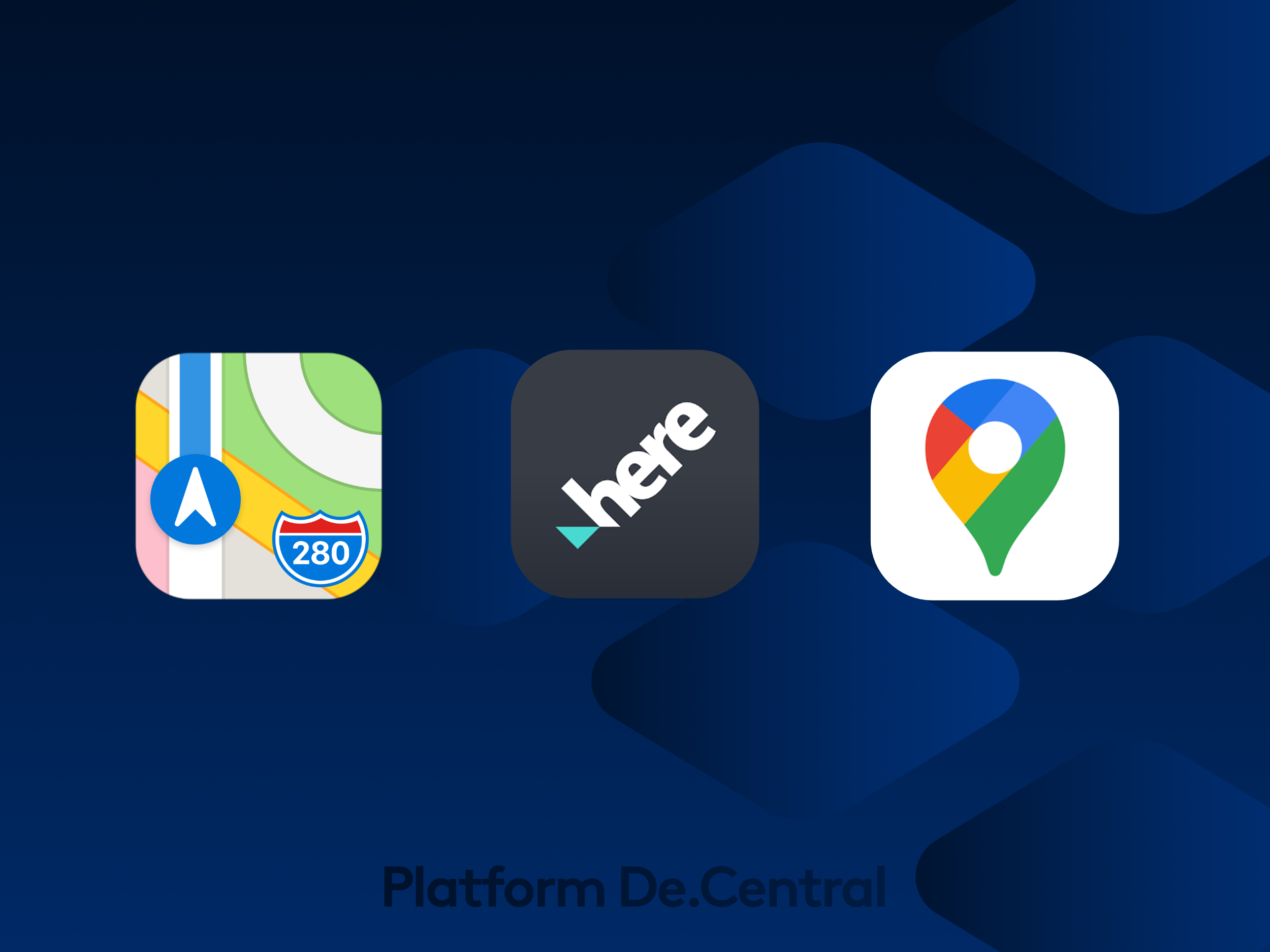 Apple vs Google vs Here We Go Maps

Let’s start with Google Maps, Google does make its app available in the iOS App Store and publishes its app to platforms such as Kai OS, it also has a great web app, which makes it a platform agnostic service. Android does not currently allow you to discover alternatives to Google Maps during the setup process. Google also forces its entire suite of Google Apps and Services onto Android OEM’s in order to gain access to the all important Google Play Store. Not only is that a lot of storage that you cannot recover but without the Google Play Store OEM’s would fail to secure market success. Google has not been a good performer in the data privacy realm either, as they are currently being investigated by the Federal Government for privacy violations and anti-trust matters from over the past decade.

Apple Maps can be found built into iPhones, iPads and Macs and nowhere else. The App Store does give you the ability to install alternatives and iOS allows for deleting the built-in app, which gives it a point over Google as the built-in Google apps can only be disabled and hidden through some extra steps. Apple does not have a Apple Maps web app. which makes it not at all platform agnostic and restricts platform choice.

Here We Go was originally developed by Nokia as Here Maps, which was release on Windows Phone and the web in 2013, then for Android in 2014 and iOS in 2015. It is currently the default mapping service in Amazon Fire tablets and Windows 10. Here We Go apps can be installed on Tizen devices as well. The sheer number of devices it can be installed on makes it the most platform agnostic Maps app, that doesn’t limit your platform choice.

Apple vs Google vs Here We Go Maps